Adelaide United focus to continue their winning form of home games when they host Perth Glory for the next A-League engagement. The Glory follows the horrible streak of defeats of the league

Adelaide United have been through winless games back in a few match days but got the momentum of consecutive two victories ahead of this duel. The Reds have also won three of the previous five home duels. However, Perth Glory are getting worse in every game, losing all of the recent five and are winless from the last 14 attempts. Adelaide United will also be in high potential over the last meeting victory against Perth Glory. For these reasons, we base our predictions on the win for the Reds.

Despite having a terrible sequence of results, Perth Glory has in most of the recent away outings. The Glory also netted the ball in all of the latest H2Hs against the Reds. In opposition, Adelaide United found the back of the net in four of the last five home duels and the rivals’ defence would be helpful for them that are leaking goals consistently. Hence, we see this game ending with both teams on the scoreboard, the same as the teams’ last five H2Hs.

Adelaide United vs Perth Glory: Check out the best odds and the latest stats

Adelaide United vs Perth Glory: Check out the team lineups

The Reds made an astonishing comeback in the last game and scored two goals in the last six minutes of the game, winning 2-3 against Sydney FC. After securing nine victories in the 23 games of the season, Adelaide United are at the fourth position in the standings. Nick Ansell is out of the game due to an Achilles tendon rupture.

Things of the glory are getting desperate as they got bashed by 6-0 for the fifth defeat in a row against Western United. Conceding 15 defeats out of the 23 league outings, Perth Glory sees themselves at the last of the table. The club boss Ruben Zadkovich owns a completely healthy squad for the selection of this game. 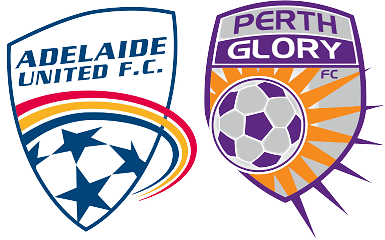 Who won the last h2h? 1-2 in favour of Adelaide United.