*Betting odds from our select providers are correct at the time of writing and are sfourubject to change.

Fourth place hopefuls, Central Coast Mariners welcome struggling Newcastle Hets to the Gosford to make up for their delayed Round 10 meeting. The Jets claimed an impressive win the last time they were on the road and will make it tough for the in-form Mariners.

The Jets are probably one of the more favoured rivals of the Mariners. They have scored six goals in their last two encounters against them and should add to their tally in this home affair. With 13 goals in their last five A-League outings, they have goalscoring form to build upon. It will be a folly to discount the visitors from Newcastle, who have scored an impressive 9 goals in the same period. With both sides scoring goals for fun, expect a high scoring affair at the Central Coast Stadium.

Central Coast Mariners vs Newcastle Jets: Check out the best odds and the latest stats

With a late push, Central Coast Mariners are ensuring their top-six place. They have a shot at the A-League playoff slots with Wellington Phoenix three points behind them. Poor form from Macarthur and Sydney has also worked in their favour as they continue their impressive four-match winning streak.

As the season enters its final stretch, Newcastle Jets fans will look at where the team went wrong. They are the third-highest scorers in the league with only Melbourne City and Central Coast Mariners outscoring them. It is their defence which has let them down on a regular basis and will be in the spotlight again at the Central Coast Stadium. 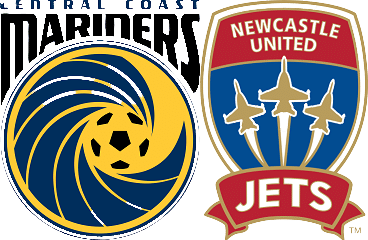 Who won the last h2h? 2-4 in favour of Central Coast Mariners.

Where is the game being played? Central Coast Stadium.