Off the back of a lengthy undefeated streak, Melbourne Victory takes on Wellington Phoenix in the next A-League fixture. The Nix also enter the field on the back of a league victory.

The Boys in Blue have played three of the last five games with scoring ends and got an average of two goals per game in that duration. However, the Nix didn’t score more than once in any of the previous three outings. Three of the last four H2Hs at the home of Melbourne Victory also ended below 2.5 goals. So we can expect another low-scoring outcome this time between these teams.

Melbourne Victory vs Wellington Phoenix: Check out the best odds and the latest stats

Melbourne Victory vs Wellington Phoenix: Check out the team lineups

After securing 11 wins and nine victories, Melbourne Victory are third on the table with a difference of only four points from the first. The Boys in Blue ended their last game in a 1-1 draw against Brisbane Roar, playing away from home. Robbie Kurse is out of the selection for this game due to injury issues.

The Nix got their first home victory of the last three attempts in the last game against Western Sydney Wanderers. Wellington Phoenix has also got 11 victories but conceded nine defeats as well and stands at the fifth position in the standings. The club manager Ufuk Talay will report three fitness concerns ahead of this game. 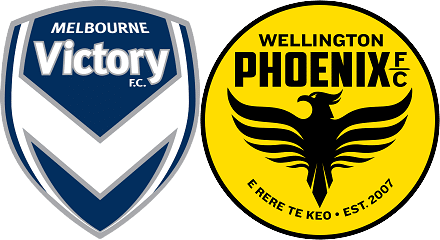 Who won the last h2h? 1-0 in favour of Wellington Phoenix.