A-League leaders Western United have the chance to extend their lead at the top with a win over struggling Western Sydney Wanderers. Despite the absence of free-flowing attacking football, the Melbournians have been superb at home and are favourites to win the tie.

Western Sydney Wanderers earned a respectable 2-0 win over Melbourne Victory last weekend. However, it looks unlikely that they will be able to build on this victory against the league leaders. Western United have won four of their five home affairs this season, a stark contrast to the Wanderers one win from four away trips. Expect the hosts to claim the three points on offer and extend their lead at the top of the leaderboard.

Western United vs Western Sydney Wanderers: Check out the best odds and the latest stats

Despite playing one match fewer than the chasing pack, Western United lead the A-League points table. Interestingly, they have the fewest goals in the top-seven and have forged their path by obstructing their rivals attacking instincts. They will be confident against the Wanderers who have struggled to score goals this season and are susceptible at the back.

Paul Lederer will be concerned how Western Sydney Wanderers have failed to show any signs of improvement under Mark Rudan this season. The Wanderers away form has been subpar with just one win from their four away trips. As they embark on their travels on the road, their returns are only going to get worse. 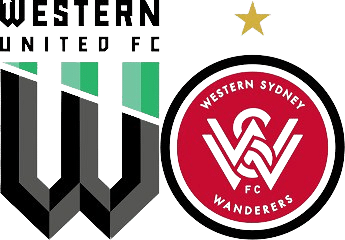 Where is the game being televised? BT Sport ESPN, BT Sport, and DAZN Italia.