The West Coast Eagles are one of the most glorified and appreciated AFL teams’ there is, and at the time of writing, there is a whirlwind of transfer rumours and news coming out of the club. Sitting in 7th place in the table right now, it’s clear that the Eagles are not where they’d like to be, which is why a great deal of attention has been placed on them of late. While certain West Coast Eagles news stories have been constructed pretty much out of nothing, there are others that carry a certain degree of merit and credibility. We’d prefer to focus on the latter, as it makes it worth your while to read through such information. So, let’s get started with some of the more credible West Coast Eagles news and rumours of the 2021 season.

Oscar Allen – is he staying?

Oscar Allen is a pretty special player, that we can probably all agree on. And since he is a bit of a young superstar, there have been all kinds of news stories surrounding his potential exit from the club in search of trophies. While there has been a lot of speculation regarding Allen’s own views on being at the Eagles, as well as rumours surrounding the financial implications of keeping him, things have now been sealed between Allen and the club. Just a matter of weeks ago, Allen and his agents have agreed to sign a brand new, three-year extension that would see him playing for the Eagles until the back end of 2025, although the financial elements of this deal have been kept quite secret. With that said, Allen has been rumoured to be worth as much as $1.2 million per season for any club to keep him, so we would assume that the deal is floating close to these numbers, but we can’t say for certain.

Mind you, we have every confidence that figures will eventually become public, and then we will truly see the value that the Eagles placed on keeping Oscar Allen at the club. With his kicking skills, his versatile midfield play, and his general potential, he will no doubt be formidable for the club over the coming years.

This was one of the hottest stories going on when things were first published back in 2019. In case you missed the story, Rioli was suspended from playing in the AFL for reportedly tampering with a drugs test, in which he obtained a false urine sample in an effort to escape punishment for whatever he was taking. Of course, this backfired, and he was found out before subsequently being suspended from playing for the Eagles for two years. This was obviously quite devastating for the club and Rioli at the time, which is why many would refer to this as one of the biggest West Coast Eagles news and rumours stories of the last decade. Anyway, he’s done the crime, and now he’s served his time – with reports that Rioli will be back at the very end of this season, if not early for the 2022 season.

However, things are not always straightforward when it comes to Willie Riolio, as he messed up once again by being busted with illegal substances on him before boarding a flight just a few months back. For this reason, combined with the ban that he is still currently serving from competing in the AFL, the Eagles have him under strict contract terms – which is completely understandable. 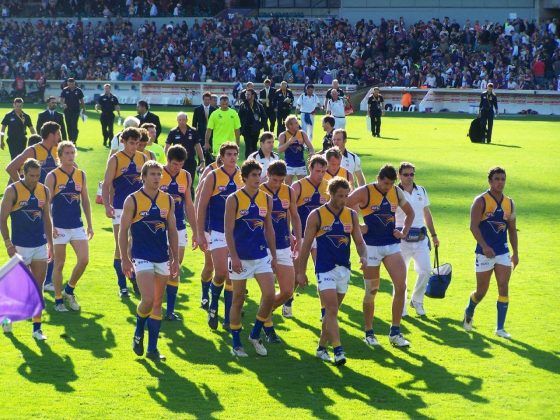 If you were to pick one player from the Eagles team that has created the most impact on their season, it’s hard to think of a more suitable candidate than Jarrod Brander. Having joined on a relatively short deal, Brander was always going to be an interesting one, as people weren’t overly sure of his talent and abilities either. However, he has since shown his worth on the Eagles field, which is why the Eagles are currently in talks with his management team over bringing him to the club on a more permanent basis. Nothing has actually been released in the media yet regarding Brander putting ink to paper, which is why this is one of the more exciting West Coast Eagles news stories of late. Things get all the more interesting given that Geelong are reportedly looking to snap up the young player too, so really, it’s going to come down to two things.

Firstly, will Brander feel that his talents will be put to good use at the Eagles, and will he feel that he can lead the team to AFL glory? Bear in mind that Geelong is a better team in the overall standings right now, which could make things a little tricky. And secondly, will the Eagles offer Brander enough financial compensation for the required commitment to the team? There are no official reports on these two questions yet, which is why this is one of the West Coast Eagles news and rumours stories that we will be monitoring incredibly closely.

Strangely, rumours have been flying about Elliot Yeo considering moving from the Eagles to join another club. Or perhaps stated another way – the Eagles were considering giving him the boot so that they could free up some cash to sign a more promising and more influential player. But with this said, the rumours have been completely destroyed over the last few weeks since Yeo has reportedly signed a contract extension with the Eagles up until the end of 2023. And to be perfectly honest, when you consider how much of an impact he has on the team and their performances, we must admit that this West Coast Eagles news story didn’t carry much merit, to begin with. But there is one reason that things could well change beyond the 2021 season.

At the time of writing, the West Coast Eagles are not performing all that well in the AFL, as they are sitting in the middle of the pack. So while Elliot Yeo has signed another deal, there is not a 100% guarantee that a few cards won’t be shuffled behind the scenes to add a more dominant figure to the team – and it could be a player that comes in and poses a direct threat to Yeo’s role, which could see him fall back into a squad rotation role.

Conclusion on these West Coast Eagles news and rumours

Unless we’ve specifically stated that the story/rumour has been confirmed by the Eagles, these reports shouldn’t be taken as 100% guaranteed or true. After all, that’s why many of the stories are referred to as rumours, and the answers to some of our more prominent questions tend not to be revealed until a pen has been put to paper. But with this said, each of the news and rumours we’ve mentioned here all carries some substance, otherwise, we wouldn’t take the time to report them! So in conclusion, do watch them closely, as you just never know what could be around the corner when it comes to the AFL.