Following their terrible streak of league defeats, Perth Glory lines up against Western United in the next A-league engagement. Western United also enter the game on the back of a home loss.

Western United have been unable to get consistent improvements in the recent games and won only one of the last five attempts. But the visitors have been through a long run of undefeated home duels. On the contrary, the Glory are getting desperate and have got the consecutive four defeats before entering this game. Perth Glory also lost the previous two H2Hs against the upcoming rivals. All of the above-mentioned stats point out the victory in favour of Western United.

Western United have scored in all of their last four attempts and have been on the scoreboard in all of the recent home duels as well. However, Perth Glory didn’t score in two of the last three games. The visitors have also been unable to score in both of the previous two H2Hs against Western United. Given this, we expect only the home side to be able to get on the scoresheet after the ninety minutes.

Western United vs Perth Glory: Check out the best odds and the latest stats

Western United vs Perth Glory: Check out the team lineups

Western United finally ended their delightful streak of nine winless home games in the previous duel against Wellington Phoenix and lost by 1-4. But 11 wins out of 21 games of the current season have helped the team to stand at the second of the points table. The club manager John Aloisi will have zero fitness issues in the team ahead of this game.

The Glory are still on their drought for a win and lost the previous game against Wellington Phoenix. After losing 14 games of the 22 attempts of this season, Perth Glory finds themselves at the last of the table, having only three victories. All of the players of the team will be ready to make an appearance in this duel. 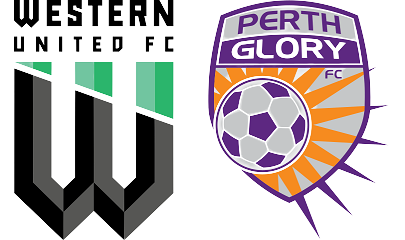 Who won the last h2h? 0-2 in favour of Western United.