Perth Glory suffered another humiliating defeat over the weekend against Newcastle Jets on the road. They will want a better result in their midweek encounter with Wellington Phoenix, who arrives on the back of a 1-4 away defeat.

After conceding 11 goals in two games, Wellington Phoenix returned to winning ways in style. They hammered title hopefuls Western United on the road and will have similar designs for Perth Glory. The hosts have been dismal of late and are winless in their last 12 competitive outings. The Nix won the reverse leg with a 2-1 scoreline and Ufuk Talay will have nothing but the three points on offer on his mind as a takeaway from this fixture.

Neither Glory nor Phoenix can stop themselves from conceding in the 2021/22 A-League campaign. Both sides have conceded 13 goals in their last five outings, giving a poor outlook. As both sides have had trouble keeping their rivals at bay and we expect the trend to continue. Their last three league encounters saw goals at both ends of the pitch and the likelihood of this eventuality remains high on April 13.

Perth Glory vs Wellington Phoenix: Check out the best odds and the latest stats

Perth Glory vs Wellington Phoenix: Check out the team lineups

Ruben Zadkovich has been given the reigns of Perth Glory to stem their flow of poor results. Glory looks bereft of ideas as their run of 12 matches winless continues. They have conceded 10 goals in their last two outings, showing the depths of their transgressions. With Wellington Pheonix coming away from a destruction job, more of the same is expected from their latest meeting.

Central Coast Mariners and Melbourne City took Wellington Phoenix to the cleaners. In both outings, the Nix conceded five goals and more. However, they have bounced back with a demolition job of their own at the expense of Western United. The result might have ruined United's title ambitions and they will hope to build on it to cement their own playoff position. 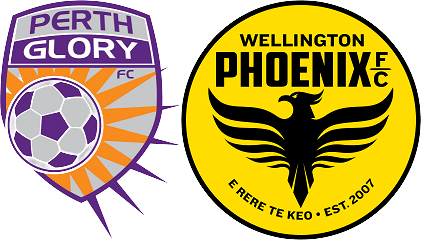 Who won the last h2h? 2-1 in favour of Wellington Phoenix.