This is a preview of the group B encounter which sees New Zealand and Korea Republic have a realistic possibility of reaching the knockout stages. How would these two teams react to being placed in a relatively easy group? Read on further to find out:

New Zealand U23 vs Korea Republic U23 – Free Betting Tips

New Zealand are clearly taking the Olympics in a serious manner and the team warmed up for the competition with a 2-0 win over Australia in a friendly game. Korea had a much tougher friendly against Brazil, which ended in a 3-1 loss.

New Zealand have shown a lot of good momentum leading up to this competition. A victory on the opening day will put the Kiwis in a great position. Korea’s momentum and confidence has taken a dip following the loss against Brazil. Despite having a lot of talent in the squad, Korea may not be able to compete with the New Zealand players who are up against some of the best names in European football on a regular basis.

At least one of the teams to not score

South Korea would have had a great chance of being able to progress into the knockout stages if not for the absence of some key players like Heung-Min Son. New Zealand have experienced through the squad and they have been able to display a lot of defensive solidarity in recent matches.

New Zealand are likely to aim for a clean sheet in this opening match. This would set them on a part quite nicely and a game against South Korea without top stars would be an appropriate time for such a strategy. The friendly against Australia showed that New Zealand’s defence can be tough to break.

Top Stats for New Zealand U23 vs Korea Republic U23

New Zealand U23 vs Korea Republic U23: Team News and Match Preview

Coach Danny Hay has decided to name a strong squad and New Zealand have come into this competition with the likes of Chris Wood and Winston Reid. A significant part of the squad plays most of their club football in Europe. This coupled with a decent set of results in the warmup friendlies put New Zealand in a strong position as far as trying to reach the knockout stages.

Korea have gone for Hwang Ui-jo as one of three overage players. The Bordeaux striker is one of the few players in the squad who plays in Europe. This could be one of the areas where Korea suffer in this competition. Especially in the game against New Zealand, Korea Republic’s squad looks short on top level experience.

Questions about New Zealand U23 vs Korea Republic U23 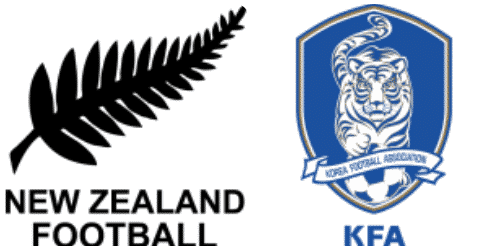 Which team is the favourite to win? Korea Republic U23