A-League's Round 17 action begins with a Melbourne derby between Victory and Macarthur. Bragging rights and a top-three charge is at stake, and we should expect a titillating affair at AAMI Park.

Melbourne Victory has come a long way since finishing bottom of the rankings last season. However, they have only won once and lost thrice in their last four outings. Moreover, they have been out of action since mid-February. In this period, Macarthur has established an unbeaten run of three games. They have only lost once in their last four away trips and will feel confident as they returned victorious in the last iteration of this fixture.

Macarthur does not like to play around cautiously and favour goals to conservatism. Melbourne Victory learnt this as their last two duels finished with Over 2.5 total goals scorelines. The Bulls have continued in the same way with four of their last five fixtures concluding in a similar manner. Victory will like to keep them silent but look unlikely to hold an attacking lineup that has scored 11 times in their last five outings.

Melbourne Victory vs Macarthur: Check out the best odds and the latest stats

Melbourne Victory vs Macarthur: Check out the team lineups

The Boys in Blue harboured title ambitions at the start of the campaign. It was a remarkable step up for a team that finished at the bottom of the rankings. It seems to have been a false oasis as Melbourne Victory returned to old habits. They have shown some improvement by ending their three-match losing streak with a win over Central Coast Mariners. More of the same will be expected against crosstown rivals, who have been in better form.

The Bulls continue to earn applause and honours as they establish themselves in the Australian top-flight football. If their first year was a fluke, they are ready to make critics mince their words again. Macarthur has been steadily climbing the points table and entered this fixture in third place. They can close the gap on Western United and Melbourne City with a win over Victory and further games in hand.

Questions About Melbourne Victory vs Macarthur 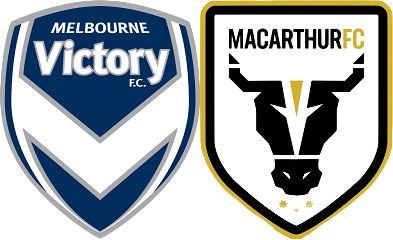 Where is the game being televised? Arena Sport, BeIN Sport Connect, and BT Sport.

Which team is the favourite to win? Melbourne Victory.