Reigning champions Melbourne City host Central Coast Mariners on Tuesday, February 22. The Mariners have accumulated half the points with respect to City's tally and are winless in six competitive outings.

This season's Central Coast Mariners troubles are well documented. However, what is being missed ahead of their trip to the AAMI Park is the fact their prior visits concluded with doomed results irrespective of their prior form. On the last nine attempts for the three points on offer, Melbourne City has spurned their rivals and defeated them with differing margins, a trend we expect to continue as they battle for pole position.

Newcastle Jets had no recourse to the barrage of attacks from City's attackers. The visitors eventually relented and City secured a 3-0 result in their favour. Keeping a clean sheet against the Mariners will not be easy. While they are next to the Jets on the points table, their away form is much better than their rivals. They have scored 10 goals in their last five away trips in all competitions and we expect them to get on the scoreboard as BTTS comes true.

Melbourne City vs Central Coast Mariners: Check out the best odds and the latest stats

Patrick Kinsorbo has treaded out of murky waters with ease. The captain of the ship oversaw City's dreaded start to the campaign and will be pleased as his charges maintain their title defence. They are in pursuit of Western United has pole position but only has a paltry one-point lead over the reigning champions. To their credit, City has forced their way based on their attacking abilities as their defence has let in all and sundry.

It has been a stop-start season for the Central Coast Mariners. They have struggled with fitness and form, in this order. While they have played three matches fewer than their rivals, they have accrued an 11 point advantage to their rivals. The Mariners will want to give a better account of their abilities at the AAMI Mark as the distance between themselves and playoff slots continues to increase. 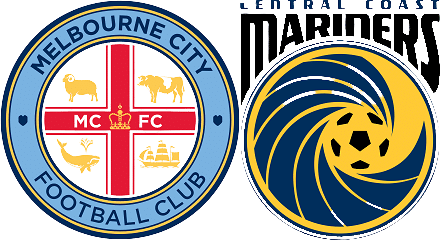 Who won the last h2h? 1-3 in favour of Melbourne City.