Sydney FC looks determined to start where they left off in the next meeting against Macarthur FC. The Bulls will also be eager to extend their winning streak to stay at the top of the table.

Macarthur enters the game after securing an incredible run of four victories in the A-League. But Sydney FC finally rediscovered their win of the season in their last game and another one will be crucial for them. Adding more, the Bulls have conceded their only victory in the last five outings against the Sky Blues, playing in the FFA Cup. Both teams claimed two victories in all of the recent four H2Hs against each other. So it confirms to be an exciting game but we expect the lead for the last season's runner-ups.

Three of the last four H2Hs between these teams witnessed a low-scoring outcome and the recent form of the teams suggests the same. Both teams have hit the target only six times in the last five outings. Despite giving great results at their home games, Macarthur scored only four goals in the last three attempts. In addition, both teams have been able to contribute to only four goals in the previous three duels against each other.

Macarthur vs Sydney: Check out the best odds and the latest stats

The Bulls retained their winning streak and got the fourth victory of the season and are still unbeaten in five games of the 2021/22 campaign. Macarthur hold the charge of the table with the difference of only one point from Western United on second. The team also came up following two consecutive home wins. Andre Milicic holds a fully healthy squad, ready for the coming game.

After a terrible start to the season, Sydney FC finally managed to get their first win of the campaign in their last game against Wellington Phoenix. The victory lifted them from the second last spot and sent them straight to the seventh position in the points table. Michael Zullo and Luke Brattan are still unavailable for manager Steve Corica due to fitness issues.

Questions About Macarthur vs Sydney 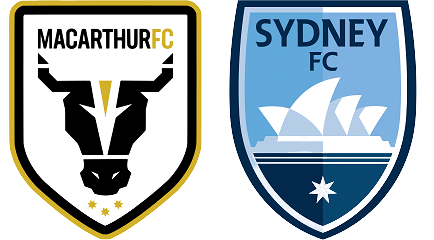 Where is the game being played? Campbelltown Stadium.