Seattle Sounders will be facing Nashville on the 27th of February, and if you are interested in finding more tips and predictions for this match, keep reading on.

Predictions and Free Picks for Seattle Sounders vs Nashville

Here is what we came up with after going over the data for the upcoming Seattle Sounders vs Nashville fixture. If you want to see more MLS odds and predictions, you can check out our website. Also, all odds you see here are subject to change from BetMGM. Check your bet slip before continuing.

This would be the first time the Sounders and Nashville will face each other and it would be interesting because both teams have colorful recent form. The Sounders aren't in their best form, but since they will be hosting the game and they lost only one of the last five matches they played, the game will most likely end with a win for the Sounders.

Four of the last five matches for Nashville and three of the last five home games for Seattle Sounders ended with both teams scoring goals. We think that the first game between them also has a high chance of ending similarly.

Here is all the information you need to know about the change in the teams’ lineups and squads for the big game.

The Sounders don't have any suspended players, but Jordy Delem is still out from the knee injury he suffered last year.

Nashville's only injured player is Daniel Rios who got a leg injury last October. There are no suspended players.

Here, you can check out the most recent match histories and head-to-head data for the upcoming Seattle Sounders vs Nashville fixture.

This match would be a first in history where Seattle Sounders and Nashville will be playing against each other. We think that the game will most likely end in the Sounders’ favor and both teams are quite likely to score during the game. Both teams have one injured player each and we think that that won't matter because they have been both gone for months now. 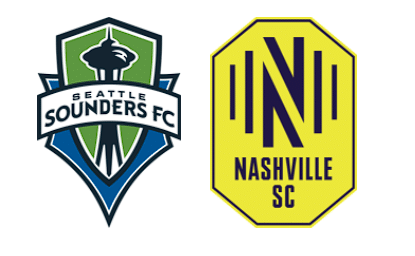