In this article, we will cover the Real Salt Lake vs LA Galaxy fixture, which will be on the 30th of September. If you want to check out more MLS predictions and free betting picks, you should visit our website.

Below, you can check out our top betting pick suggestions for the Real Salt Lake vs LA Galaxy fixture this week.

All odds are from this article are from BetMGM and are subject to change. Before wagering, make sure to double-check all odds.

Real Salt Lake has been in stellar form since July whenever they played at home. Out of the last five home games, they won all of them. LA Galaxy's recent form has been colorful with two losses, two draws, and a win in their last five away games. Since they are only two points apart in the Western Conference table, Real Salt Lake could take a higher position if they win on Thursday.

Real Salt Lake is leading the rankings when it comes to most games with over 2.5 total goals this season. Eighteen of the twenty-six games they played ended with more than 2.5 total goals and LA Galaxy isn't far behind with seventeen out of twenty-six over 2.5 games. Plenty of their recent games also ended that way, specifically four of the last five matches for Real Salt Lake.

The tables below contain all the statistics and data you should read about the upcoming Real Salt Lake vs LA Galaxy match.

This is Real Salt Lake's chance of securing a place closer to the top if they win on Thursday. It will be hard for them considering that five of their players are out with various injuries (mostly leg injuries). The most recent injured player is defender Marcelo Silva, who got injured less than a dozen days ago. LA Galaxy doesn't have any injured or suspended players, but they haven't won a game since mid-August either. 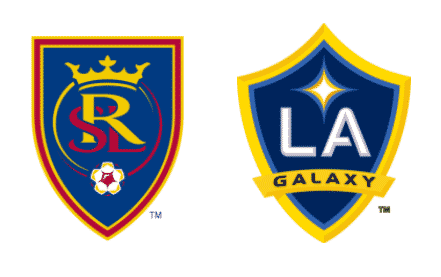