Today, we will review the Real Salt Lake vs DC United fixture and give you the best betting picks for the match. If you want more MLS betting picks, you can head over to our website and browse the available options.

Here, you can see our suggestions for the top Real Salt Lake vs DC United match. The betting lines came from BetMGM's platform and before finishing the betting process, you should double-check the lines because they are subject to change.

Real Salt Lake is in a better position than DC United because they will be hosting the game. Also, they are in better form recently with only one loss in the last five games they played, while DC United won only one of the last five matches played.

Injuries and Suspensions for Real Salt Lake vs DC United

Here, you can check out the most recent injuries and suspensions for both teams before the Sunday game.

Damir Kreilach and Bobby Wood are the only ones injured from Real Salt Lake and there aren't any suspended players.

A total of five players will be missing on Sunday because of various injuries – Taxiarchis Fountas, Brendan Hines-Ike, Adrien Perez, Bradley Smith, and Rafael Romo.

In the tables below, you can check out both teams’ scores and statistics against each other and apart. 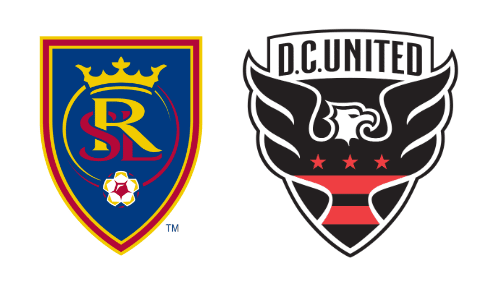