The final has come and the contenders for the MLS Cup are Portland Timbers and New York City. In this article, we will check out the data to see who will be the most likely winner for Sunday's main event.

Here, you can check out the latest predictions and top free betting tips suggested by our betting experts for the MLS Cup final.

The odds you see here are from BetMGM and are subject to change. Make sure to double-check all the prices before wagering.

Three of the last five times that Portland Timbers and New York City played against each other, the matches ended with over 2.5 total goals scored. Also, for both teams, three of the last five matches they played in the MLS ended the same way. That's why we think that the match will end with a high-scoring outcome.

You should check out the latest match statistics and bookmaker odds for the upcoming Portland Timbers vs New York City fixture.

Portland Timbers have a significant advantage over New York City because they won most of the matches they played against them in the past. For Saturday's fixture, they have a total of five injured players on the roster that are sidelined. Attinella and Jome are out with tendon injuries, while Williamson and Polo have knee injuries. Sulte is out with a concussion for the match. New York City has only two injured players – Parks and Tinnerholm. 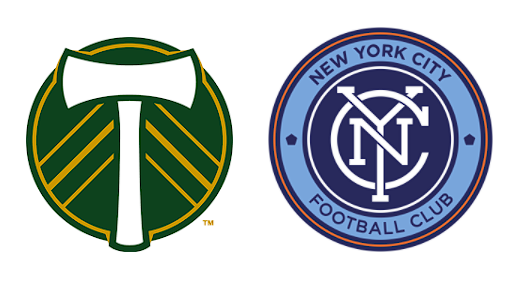 Frequently Asked Questions About the Match on Saturday