New York City will face Atlas in an epic Campeones Cup final fixture on the 15th of September, and today, we will give you our top betting picks and lines for the match.

Predictions, Lines, and Picks for New York City vs Atlas

After reviewing the latest statistics and information about the upcoming Campeones Cup final match between New York City and Atlas, we came up with the following betting picks. These odds are from the bookmaker BetMGM and before placing any bets, you should make sure to double-check them on the bookie page.

Three of the last five games that New York City and Atlas played ended with a BTTS outcome. We believe that the upcoming game between them will also most likely end with both teams scoring goals. This will be their first time together, so we don't have any head-to-head data to go on.

Currently, both teams’ recent form is awful and consists of mostly losses. If we look at New York City's home games we will see three of the last five games they played ending with either a tie or wins, but Atlas’ five most recent games don't have any wins at all. The two teams haven't played together at all, so we think that New York City has a better chance of winning even though they aren't in the best form because they will host the game.

Here, you can check out the latest lineups and information about the upcoming game between New York City and Atlas.

New York City doesn't have any suspended players on their roster, but Alfredo Morales and Anton Tinnerholm are both out with injuries at this time.

We don't know of any injured or suspended players from Atlas at this time, so they will most likely play at full strength this week.

Here are the top New York City vs Atlas match statistics, scores, and odds for the upcoming match between them on Thursday.

The Campeones Cup this year is going to be between New York City and Atlas. In our opinion, Atlas doesn't stand a chance against New York City. Since both teams are in bad form, New York City's advantage as the host will be quite important. We also think that both teams might score during the game. 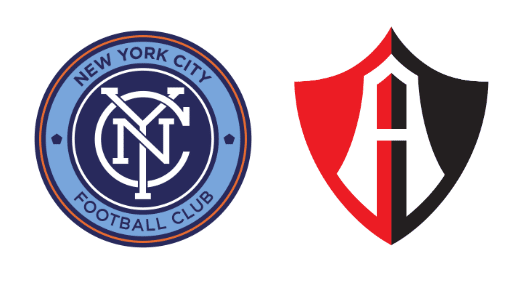