Stay tuned to see the top betting picks and lines for the MLS fixture between Nashville and Los Angeles, which will be on the 18th of July. If you want to see more MLS betting lines and picks, you can visit our website's latest articles.

We have listed the top betting picks for the Nashville vs Los Angeles fixture, so check them out below. The betting lines you see here are from BetMGM and can change at any time, so make sure to check them out on the bookmaker platform before you place your bets.

Los Angeles is currently nine points ahead of Nashville in the Western Conference table. Also, the guests only lost one game out of the last five they played, while Nashville lost or drew three of the last four games they played.

In this section, you can check out the latest lineup information regarding the upcoming Nashville vs Los Angeles fixture.

Nashville doesn't have any suspended players, but two of their own won't play next week because of injuries – Handwalla Bwana and Anibal Godoy.

Julian Gaines and Brian Rodriguez won't be playing next week because they are both out with different injuries. The team doesn't have any suspended players right now.

Here you can see Los Angeles and Nashville's recent forms and scores. Also, you can check out the head-to-head games between them. These teams haven't played together before, so this will be a historic event.

Nashville vs Los Angeles: Our Preview

We believe that the upcoming game between Nashville and Los Angeles will most likely end with a win for LA FC. They are not only in a better position in the Western Conference table but they have a chance to take the first position in the table if Austin isn't lucky. Also, we think that there will be more than 2.5 total goals scored during the game. 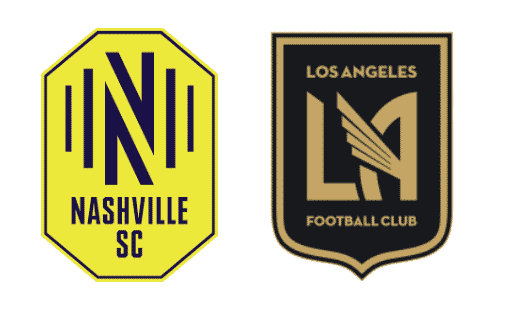