The other quarter-final of the CONCACAF League we are covering is between Motagua and Marathon, which will be on the 3rd of November, like the previous one we covered.

Top Betting Picks and Predictions for Motagua vs Marathon

Check out our top three suggestions for the Motagua vs Marathon fixture on Wednesday. If you want to see the rest of the CONCACAF League predictions for the other rounds in the tournament, check our website before the games.

All odds are from BetMGM and are subject to change. Make sure to double-check them before placing these bets via your bet slip.

Latest Match Histories and Statistics for Motagua vs Marathon

These are the latest match histories and statistics for the upcoming CONCACAF League quarter-final between Motagua and Marathon.

Our Final Opinion for the Motagua vs Marathon Quarter-Final

Both teams that are playing against each other on the 3rd are from Honduras, which gives us a little bit more history between them to review. What we saw was that Motagua is our definite favorite in this match-up. They won matches against Marathon multiple times, including the first leg of their match in the CONCACAF League. Overall, the match will most likely end with a few goals and a win for Motagua. 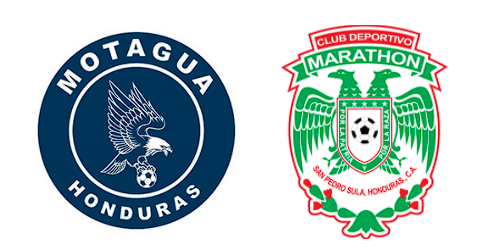