In this article, we will go over the Montreal vs Houston Dynamo match this week. You can check out the latest predictions and free betting picks for the event below.

These are our betting experts’ top suggestions for the upcoming Montreal vs Houston Dynamo fixture this week. If you want to see more MLS odds, check out our website's latest articles.

These odds are all from BetMGM and are subject to change. Make sure to check them out via your bet slip before placing these bets.

For both Montreal and Houston Dynamo, three of the last five matches played ended with both teams scoring goals. That is enough for us to think that there is a high chance the match will end that way on Thursday. Also, two of the last three matches between Houston Dynamo and Montreal ended with a BTTS outcome.

These are the top head-to-head stats and match data for the upcoming Montreal vs Houston Dynamo fixture this week.

Both Montreal and Houston Dynamo have more than several injuries on their teams. For the home team, four men won't be able to play because of various injuries, including Assi and Toye. Houston Dynamo has a total of five injured players, and it's surprising to see that four of them are out with the same type of injury – abdominal strain. Some of them are Baird, Bajamich, and D. Jones. There isn't any suspended player on both sides, but that may not matter. When it comes to the number of goals we expect in the game, we think that the game will be a high-scoring one with goals from both sides. 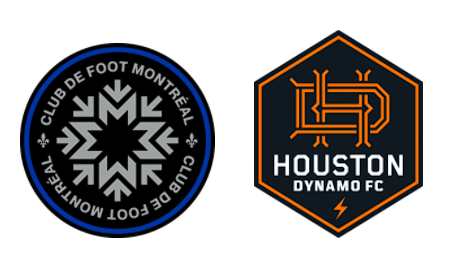