In this article, we will cover the top betting picks, predictions, and odds for the upcoming MLS match between Montreal and Austin. If you want to see more MLS predictions, check out our website for more articles.

Free Betting Picks for Montreal vs Austin on Sunday

These are the top three betting picks for the MLS match Montreal vs Austin.  These odds are from BetMGM and you should double-check them before you place any of the bets we recommended.

Injuries and Suspensions for Montreal vs Austin on Sunday

In this section, you can check out the latest injuries and suspensions for both teams.

Montreal will miss three players due to injuries this weekend. Tomas Giraldo got injured in mid-May, while Mason Toye and Bjorn Johnsen have been gone for at least a couple of months.

Austin doesn't have any injured or suspended players right now, so they will be playing at 100% this weekend against Montreal.

In the tables below, you can see the recent scores and match histories for the Montreal vs Austin match on Sunday. These teams have never played together before, so this will be the first time.

Montreal and Austin are both prone to scoring a lot this season considering that most of their games ended with over 2.5 total goals scored. We think that Sunday's game will also end that way, but the winner will most likely be Montreal because they have a better form and they are hosting the game itself. 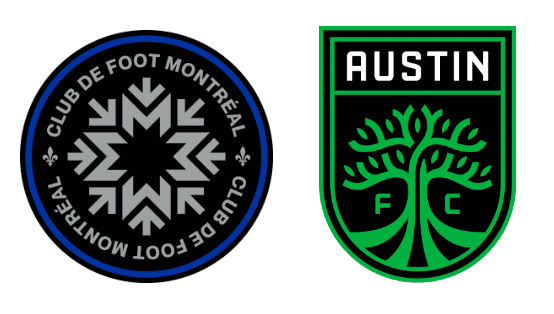 Prevalent Questions Regarding the Montreal vs Austin Match