Mexico did what’s necessary to qualify for the World Cup but a victory against El Salvador and the right outcome from the Costa Rica vs US game could mean 2nd place.

Mexico vs El Salvador: Predictions and Odds for Thursday’s Game

El Salvador is the most acceptable opponent for Mexico in the CONCACAF region as nine of the last 10 games were won by Mexico.

Seven of the last 10 games between the two clubs ended with three goals or more. Mexico already qualified for the World Cup and El Salvador lost all chances. This game will be played without any pressure so all of the players will show their best possible game. Mexico has the 4th best attack in the CONCACAF World Cup qualifiers while El Salvador has the 4th worse defense with 16 goals conceded in the last 13 games.

Mexico’s penalty area is a real fortress thanks to the team captain and key goalkeeper Guillermo Ochoa. Mexico has four consecutive clean sheets and has conceded only one goal in the last five games in the qualifiers. El Salvador has the 2nd most unproductive attack with only 8 goals scored so far.

The two managers will be delighted that there are no injuries or suspensions in their teams.

Guillermo Ochoa was the key reason behind Mexico’s amazing defensive run – four consecutive clean sheets. He made 11 saves in the last four games. Edson Alvarez, who plays for Ajax Amsterdam, was voted MVP in the game against Honduras as he scored the winning goal.

Mario Gonzalez must take the blame for El Salvador’s poor defensive performances recently. He conceded at least one goal in the last three games. Cristian David Gil Hurtado scored the last goal for El Salvador in the game against Costa Rica and chances are he will be the main man in the attack for the team against Mexico. 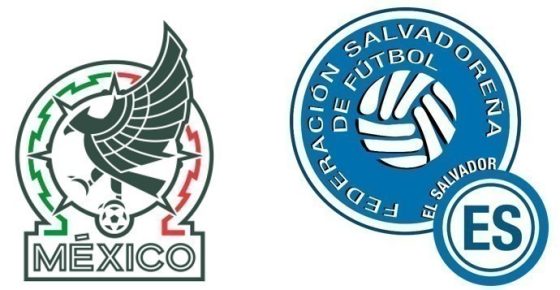 The last time that Mexico lost against El Salvador was back in 2009 and it was a narrow 2:1 away loss for the team. When it comes to games at Azteca Stadium, Mexico always dominates. It will be a Mexico victory but the question is by how much? We believe the team has enough class to score three or more goals. Such was the case on July 10th, 2017 when Mexico won with a 3:0 result.

FAQ for the Mexico vs El Salvador game: