LA Galaxy will be going up against Atlanta United and we will review the fixture to bring you the best betting picks, lines, and essential information.

We reviewed the stats for the upcoming match between LA Galaxy and Atlanta United and came up with the following betting picks and lines. The betting lines above are from BetMGM and you should double-check them because they are subject to change.

Both teams scoring is a likely outcome for this upcoming game considering that three of the last five matches for LA Galaxy and four of the last five games for Atlanta United ended with goals from both sides of the pitch.

Latest Lineups and Injuries Regarding LA Galaxy vs Atlanta United

Here, you can check out the latest injury updates for both teams and the most recent player news.

Jorge Villafana who has been injured since February won't be playing this week against Atlanta United. LA Galaxy doesn't have any more injured or suspended players at this time.

In this section, you can see LA Galaxy and Atlanta United's most recent scores and statistics.

Our top two predictions for the upcoming game between LA Galaxy and Atlanta United are that we will most likely see more than 2.5 total goals scored because of both teams' history and recent games. Also, we might see both teams scoring during the game. 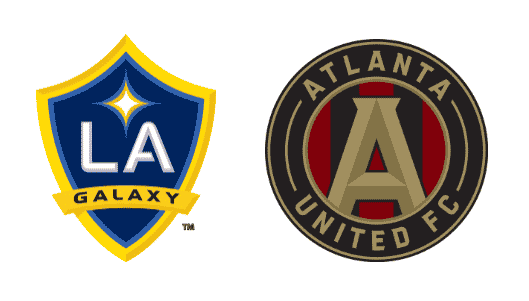