Inter Miami will be facing Los Angeles on Saturday (March 12th) and we will bring you the top betting picks, predictions, and lines for the game below. If you are looking for more MLS odds, check out our latest content to find more predictions, free picks, and lines.

Predictions and Latest Lines for Inter Miami vs Los Angeles

The list below contains the top betting picks and predictions for the upcoming fixture between Inter Miami and Los Angeles. Odds from BetMGM are subject to change, so make sure you see them before you place any of these wagers.

Inter Miami's last five matches they hosted ended with only one team scoring goals, so we think that this match on Saturday will most likely follow that pattern. Also, the last and only time these two played together, the match ended with a clean sheet.

Los Angeles beat Inter Miami in the only head-to-head fixture they played together back in 2020 and we expect the same outcome now. Los Angeles won one of their two MLS games this season, while Inter Miami lost one of the two games they played. The second game for each team was a draw.

Info About the Future Lineups and Players for Saturday

Let's see if anyone from Inter Miami or Los Angeles will miss their upcoming head-to-head fixture.

We have listed the most recent matches and scores for both Inter Miami and Los Angeles, so make sure to check them out below.

Inter Miami doesn't have much luck at the start of this season with one loss and one draw. On the other hand, Los Angeles has a head-to-head advantage against Inter Miami and started their MLS season with a win. We also don't think that both teams will get to score goals during Saturday's game, which is the same outcome as the last time they faced each other in 2020.

Questions You Should Ask About Saturday's Big Game 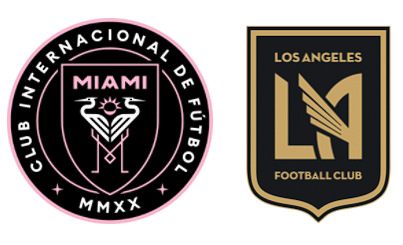