Portland Timbers's next opponent this week will be Houston Dynamo, and we will go over the statistics to find the best betting options for you. If you want to see more MLS betting picks and odds, look through our website.

These betting picks are the top choices for this upcoming fixture between Portland Timbers and Houston Dynamo. All betting lines are from our recommended bookmaker for this match – BetMGM, and they can change at any time, so make sure you double-check them on your bet slip.

Recent Lineups and Injuries for the MLS Game on Thursday

In this section, you can check out the most recent lineup information regarding the upcoming MLS game.

Portland Timbers don't have any suspended players right now, but Diego Gutierrez is out with an injury since April.

Houston Dynamo doesn't have any injured or suspended players at the moment, so they will be playing at full strength this weekend.

Below, you can see the most relevant head-to-head data for the upcoming Portland Timbers vs Houston Dynamo fixture.

Both teams are in the mid-table or lower region of the Western Conference table, and we think that their next head-to-head fixture will most likely end with more than 2.5 total goals scored and both teams scoring during the game. 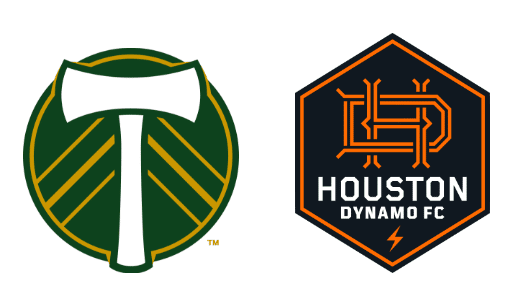