In this article, we will check out the upcoming match between Inter Miami and DC United to figure out the top predictions and free picks for it. If you want to see more MLS predictions and picks, visit our latest content on the website.

Below, you can check out our top free picks for the Inter Miami vs DC United match next week. These odds are all from BetMGM, check your bet slip before confirming.

Here, you can check out the latest lineup news and information about the Inter Miami vs DC United match this weekend.

Inter Miami doesn't have any suspended players, but Ian Fray and Brek Shea have been out for more than a month because of various injuries.

In the tables below, you can check out the match statistics and head-to-head scores between Inter Miami and DC United.

DC United is our favorite in this match, and although both teams have almost the same recent form the guests will most likely win. Besides that outcome, we also expect a clean sheet from the Sunday game based on the past matches between the teams and separately. 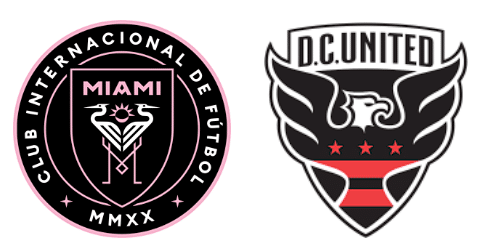