In this article, we will recommend our top betting picks for the Dallas vs Inter Miami fixture on Tuesday (5th of July). If you are interested in more MLS predictions, you can check out our latest articles.

Below, you can check out the Dallas vs Inter Miami top free betting picks for their upcoming match this week. Remember that the betting lines in this article were correct at the time of writing, but make sure they haven't changed after that. We used odds directly from BetMGM's platform.

In this section, you can check out the latest Inter Miami and Dallas player news and lineups for Tuesday's game.

Dallas doesn't have any suspended players and only Joshue Jampier Quinonez Rodriguez will miss Tuesday's game because of an injury he suffered recently.

Inter Miami will have to play without five of their own this week because they are all out with various injuries – George Acosta, Ian Fray, Nick Marsman, Robbie Robinson, and Brek Shea.

In the tables below, you can see for yourself the latest stats and scores for the match-up between Dallas and Inter Miami.

Dallas and Inter Miami have only played together once before but we think that judging by their stats and recent forms the first outcome would be repeated in their next head-to-head encounter on Tuesday. 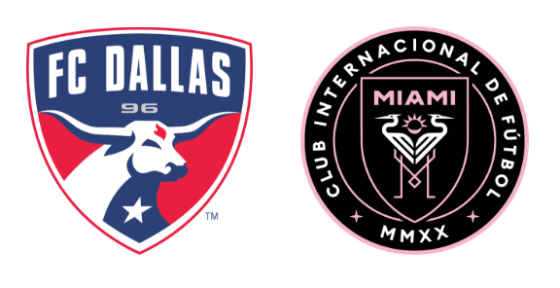 Common Queries Regarding the Tuesday Fixture