Let's go over the top predictions and free picks for the upcoming fixture between Columbus Crew and Portland Timbers of the MLS. If you want to see more MLS betting picks, you are welcome to check out our website.

Below, you can check out the latest free picks and predictions for the upcoming Columbus Crew vs Portland Timbers fixture this Sunday. All odds are from BetMGM, our recommended bookmaker for this match and they are subject to change. This means you should double-check your bet slip before wagering.

Suspensions, Injuries, and Lineups for the Sunday Game

In this section, you can check out the latest sidelined players on both sides before their next game this weekend.

Currently, there aren't any injured or suspended players on Columbus Crew's squad, so they will be facing their opponents at 100% on Sunday.

Portland Timbers don't have any suspended players, but two of their own are out with various injuries at this time – Blake Bodily and Felipe Mora.

In the tables below, you can see the latest head-to-head stats for Columbus Crew vs Portland Timbers before you place your bets.

We believe that the upcoming game between Columbus Crew and Portland Timbers is most likely going to end with more than 2.5 total goals scored. Also, our favorite for the match is Portland Timbers, not only because of their better form or history with Columbus Crew but also because they performed slightly better throughout the season. 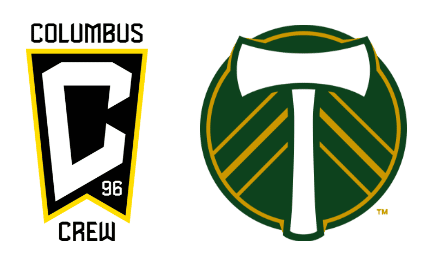