Let's see if we can correctly predict the winner and other facts for the upcoming MLS match between New York RB and Chicago Fire.

Our betting experts reviewed the stats and match data for New York RB vs Chicago Fire MLS and came up with the following top free picks. These odds are all subject to change, so make sure to double-check them before continuing.

Despite losing all of their most recent matches, Chicago Fire ended four of the latest five games with a BTTS outcome. Three of the last four matches for New York RB also ended that way. If we look at the head-to-head history, we will see that three of the last five matches also ended similarly.

Recent Injuries and Suspensions for the Thursday Game

Here, you can check out the most recent lineup changes and injuries for the upcoming game:

For New York RB, Andres Reyes has been injured since last year, while both Caden Clark and Serge Ngoma got injured in March this year. There aren't any suspended players from this team.

There aren't any suspended players, but Kacper Przybylko has been injured since the end of April.

In the tables below, you can see that we gathered all the important head-to-head stats you should review before betting on the match.

New York RB has the advantage of not only having better recent form, but they will also be hosting the game. Chicago Fire isn't doing well right now and they are even nine points behind New York RB, specifically. We also think that both teams will score during the game, like so many other games involving these teams recently. 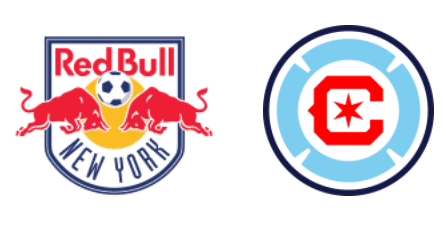