Chicago Fire will go up against LA Galaxy this weekend and we will be going over the event to pick the best predictions and free picks. If you want to see more MLS odds and betting lines, you can check out our website.

Below, you can check out what we came up with after going over the Chicago Fire vs LA Galaxy statistics. Odds are from BetMGM and subject to change, so make sure you check them out on the bookmaker platform before confirming any wagers.

Here are the most recent injury reports from both teams for this weekend's game.

Right now, Chicago Fire has four injuries and one suspension on their squad. The injured players are Rafael Czichos, Fabian Herbers, Miguel Navarro, and Xherdan Shaqiri and most of them have been injured in April, while only Rafael Czichos was injured in mid-March. Brian Gutierrez also won't be playing because he received a red card in their last match against Orlando City.

LA Galaxy only has two injuries, for now. Adam Saldana got injured in late February, while Jorge Villafana is out two days later. There aren't any suspended players from LA Galaxy right now.

These are the latest betting odds and most recent scores for the upcoming Chicago Fire vs LA Galaxy game this weekend. 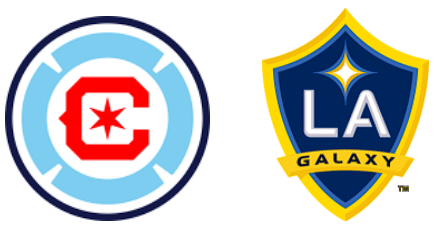