New England vs Atlanta United is a few days away and today we decided to look through the top free wagering picks for the fixture and predictions.

You can check out the top betting picks for the upcoming game between New England and Atlanta United below. All odds are subject to change and from BetMGM. You should double-check them before wagering.

Here, you can read more about the upcoming injuries and suspensions for both teams before the game on the weekend.

Jacob Jackson is currently the only injured player from New England, so he will 100% miss Saturday's game against Atlanta United.

Atlanta United will miss a total of five players from their squad this weekend because they are all out with various injuries – Miles Robinson, Emerson Hyndman, Brad Guzan, Dylan Castanheira, and Osvaldo Alonso.

Let's check out all the essential data and statistics you would need to see for yourself that our predictions aren't just random and luck-based.

Only two points are keeping Atlanta United ahead of New England, for now, but we think that those will increase this weekend. Atlanta United is the team with the better form, especially in the latest games and New England has lost three games in a row, which isn't good for anyone, especially since their season began negatively. 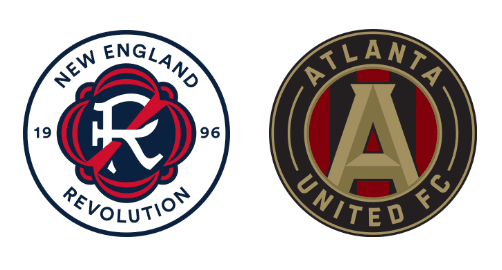