Many of you will know Harry Kewell as the ‘best Australian soccer player’ ever, as voted during a 2012 contest. Sure, this shows that he was fairly epic on the pitch, but like other greats of the game, he went into coaching following the conclusion of his career. It’s always a bit of a gamble when players go into management, and let’s be honest – the best players don’t always end up being the best managers. But regardless, we’d like to give Kewell a fair shake here and look back at some of the teams coached, what he achieved there, and more.

Teams coached and his performances

The coaching career of Harry Kewell kicked off in 2017, three years after he retired from playing professionally. Well, he did manage the Watford Youth team from 2014 actually, but this wasn’t viewed as a ‘professional role’. However, come 2017 he stepped up and got his management career started with:

Back in May 2017, Kewell took over the role as manager at Crawley Town – a struggling team in League Two. This made him the first Australian manager to have ever coached a professional team in England, although his time at Crawley Town was short-lived, and not overly successful either. The club finished 14th that season, although Kewell did manage to lead them to 10 wins in just 14 games for a brief period. Unfortunately, there was no consistency at the club while he was there, and when the next season got underway, it was clear that his heart was not in it.

He lasted just six games during the 18/19 season, and Kewell made a not so surprising choice to leave the club. However, his choice of club was somewhat of a surprise, when he announced that he was taking over at another League Two team, Notts County. The reason this was so surprising is that Notts County was sitting in last place in the table when he took the reins in August 2018. 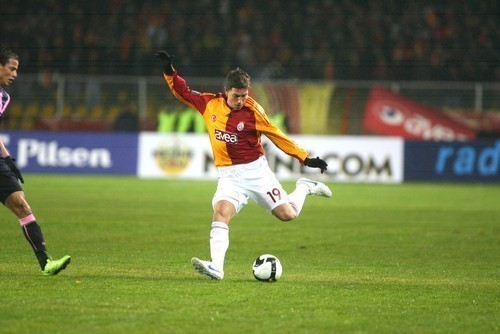 Now we get to his spell at Notts County, which was rather sticky, to say the least. Kewell took over the role in August of 2018, at the very beginning of the season, but less than 3 months later, he was given his marching orders by the board. The news broke on November 13th that Kewell had been given the boot, which wasn’t a huge shock really given that he had managed to win just 3 out of 11 games, landing Notts County in 22nd place at that point. Fans were not overjoyed with some of the decisions he was making either, which didn’t make things particularly promising for Harry Kewell to stay at the club.

Once this occurred, Kewell decided he would take a bit of a break from coaching, which was probably for the best. It took him almost two years before he decided to manage another club, which occurred in August 2020 when he took the management position at Oldham Athletic. Again, this was a move to a League Two club, and he would actually become the fifth manager there over the previous 12 months – brave!

Let’s enter the Oldham Athletic chapter now, shall we? So, on August 1st, 2020, Kewell was officially reported as being the new manager at the club. This was a completely clean slate for Kewell since the season had not yet started, although the contract he signed was only for a 12-month deal, so he needed to produce some magic in order to avoid another sacking. The first month didn’t go too well, going without a win in his initial six matches in charge. But surely, things could only get better, right?

Well, things did pick up, and his win rate at the club certainly improved from this poor start. Then again, things were very much on a rollercoaster style journey, with great performances one week, beating teams that were contending for promotion, followed by unbelievable losses the next. This didn’t delight the fans, and it certainly didn’t delight the owners of the club. Therefore, the inevitable came in March of 2021, where Kewell and his assistant were given the sack with Oldham sitting in 16th place.

What now, Kewell thought. Well, he took a little bit of time and then proceeded into his fourth and current role – at Barnet.

This time, Kewell had to eat a bit of humble pie and take a position at National League contenders, Barnet. For those who don’t know, this isn’t actually viewed as a professional league in England, as it is technically the fifth division. Then again, Kewell didn’t have a great track record, to put it bluntly, so what else could he do? He took over as manager at Barnet in June 2021, during the transfer window, which isn’t quite as important for non-league teams as it is for professional teams. In the opening game of the season, Kewell’s side was drummed by a score of 5-0 – not the best start!

For the next six games, Kewell managed to draw 2 and lose 4. Of course, having proceeded to put up a record of zero wins in 7 games, Kewell was then relieved of his position from Barnet in September, with immediate effect. This brings us up to the current state of Harry Kewell’s management career, which, let's face it, is pretty much in tatters right now.

Where to from here?

Things aren’t looking very good for Harry Kewell as a manager, let’s be honest. Should he decide to go back into coaching, he will likely need to go for a National League side once again, as his resume isn’t exactly loaded with coaching accolades. Then again, it just goes to show, the greatest players don’t always go on to become phenomenal managers, unfortunately for Kewell. We do wish him every success moving forward, however, with whatever he chooses to do.