Australia is perhaps most known for its sporting prowess in sports like rugby, cricket, Aussie rules, and a couple of others. But over the years, we’ve seen some pretty spectacular soccer players emerge from this part of the world. However, instead of focusing on those with the most goals, we’d like to pay attention to the top Australian defenders in soccer – looking back through several decades.

The Best Australian defenders Ever – our top 10

Without wasting any time, and in no particular order, let’s kick things off with our first defender.

Davidson was a true homegrown favourite. Born in 1960, his career lasted more than 20 years, and most of this time was spent at clubs in Australia. This includes lengthy spells at South Melbourne, a club he kept coming back to over those two decades, as well as spells at Nottingham Forest in England, and even a few seasons in Malaysia. And like the other guys on this list, he became well regarded for his international performances above all else.

Davidson played for the Socceroos over 50 times, and he even scored 2 goals – not bad for a defender! And he was almost 40 years old when he ultimately decided to hang up his boots, leaving behind a great legacy and three World Cup appearances for his beloved Australia. Davidson has even been mentioned by several high-profile pundits as being one of the first picks for the classic Australia XI team!

Vidmar was born in Adelaide, which is where he developed his love for soccer. And when he became good enough, he was signed for Adelaide City – a club where he would play more than 130 games! His achievements at Adelaide City saw him catch the attention of major European clubs, and the first to pounce was Germinal Ekeren, a club in Belgium. Thanks to continued strong performances, and some terrific leadership skills, Vidmar was then snapped up by Rangers, followed by Middlesborough, followed by Cardiff City.

As you can see, these are all top-flight clubs in Scotland/England, respectively. But besides his rise through the domestic ranks, Vidmar was also a superstar for the Socceroos. Having played for Australia over 70 times, this makes him one of the most-capped players of all time, not to mention that he’s also viewed as one of the best Australian defenders of all time too. 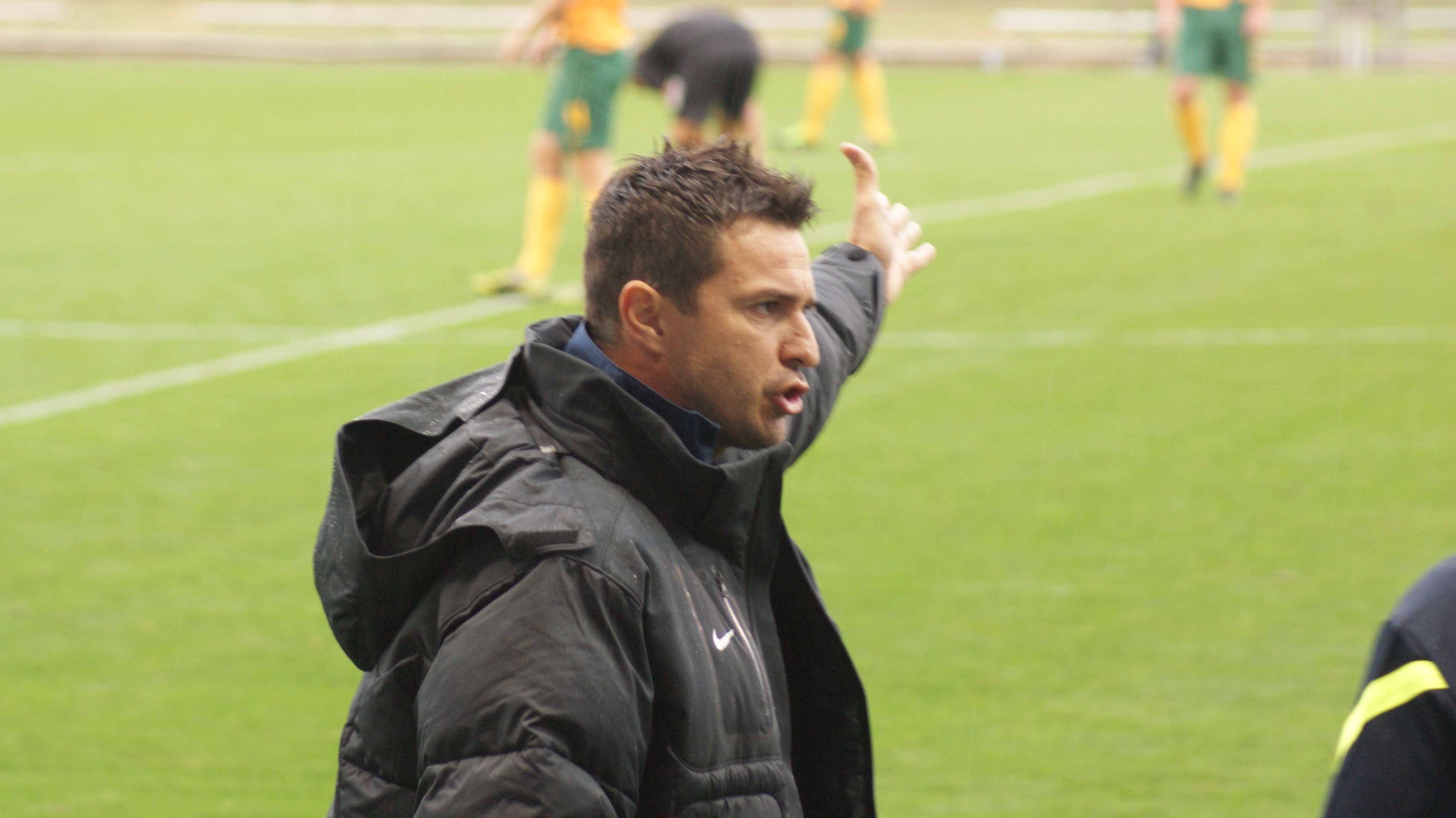 Compared to some of the other guys on this list, Paul Okon was very much an early bloomer. Having been born in Sydney, he was first signed by a professional club at the tender age of 19, and things only improved from there. He played a couple of seasons for Marconi in the NSL before moving overseas to play for the high-flying Belgium side, Club Brugge. Okon racked up plenty of silverware during his time at Brugge, but his spells at Lazio, Fiorentina, and Middlesborough ultimately gave him the reputation he retired with.

And in terms of international soccer, he represented Australia as one of their top defenders for over a decade, earning almost 30 caps in the process. Since retiring, Okon has remained quite active in Australian soccer, managing several teams and passing on his wisdom to the younger generations.

Speaking of young superstars, Graham Jennings was certainly one of the top Australian defenders in soccer. He first stepped onto the pitch as a professional when he was just 16 years of age, and this led to Jennings being picked to play for the Socceroos under 20s team. Throughout his career, besides being a great defender, Jennings was known for his ridiculous sprint speed, which is why you’ll often hear pundits refer to him as ‘flash’. But interestingly, despite his obvious talents, Jennings never decided to leave Australia and pursue professional soccer elsewhere.

Perhaps this is a testament to his love for Australian soccer? Either way, his talents and dedication to the game also saw him play for the Socceroos more than 80 times and earned him a spot in the Hall of Fame. Jennings even played in successive World Cups and the Olympics in 1988, making him a true international veteran.

We’ve got to wind the clock back a bit for Colin Curran’s career, but he firmly deserves his spot on this list. Curran was born back in 1947, and despite the fact that he was born in NSW, his first stint as a professional was actually overseas, for the mighty Manchester United. However, it wasn’t long before Curran came back to his roots, where he would then play the remainder of his career for sides like Marconi, Adamstown Rosebuds, and Newcastle KB. On top of this domestic career, Curran was also a go-to for the Socceroos in the 1970s, representing them at their first-ever World Cup event in 1974.

Curran even scored the first goal for Australia at the World Cup level for this event – the only problem was that it was an own goal! But we can forgive Curran for that since he put in almost 25 quality performances for the Socceroos during his time.

Those younger readers will likely be quite familiar with Tony Popovic since he currently manages the club, Melbourne Victory. He was born in 1973, and at the age of 16, he signed for Sydney United, a club where he would play more than 160 games! He later signed for several clubs overseas, with the most prestigious of these being Crystal Palace in the Premier League. He developed his game so much at Palace that he ultimately became the team captain, holding up the defence in his Central Defender role and even scoring 6 goals during his time there.

Domestic soccer aside, Popovic also put on a Socceroos jersey almost 60 times, competing at the highest level in the 2006 World Cup. Not only for his growth as a soccer player but also for his contributions to Australian soccer as a whole, Popovic has to go down as one of the best Australian defenders ever. 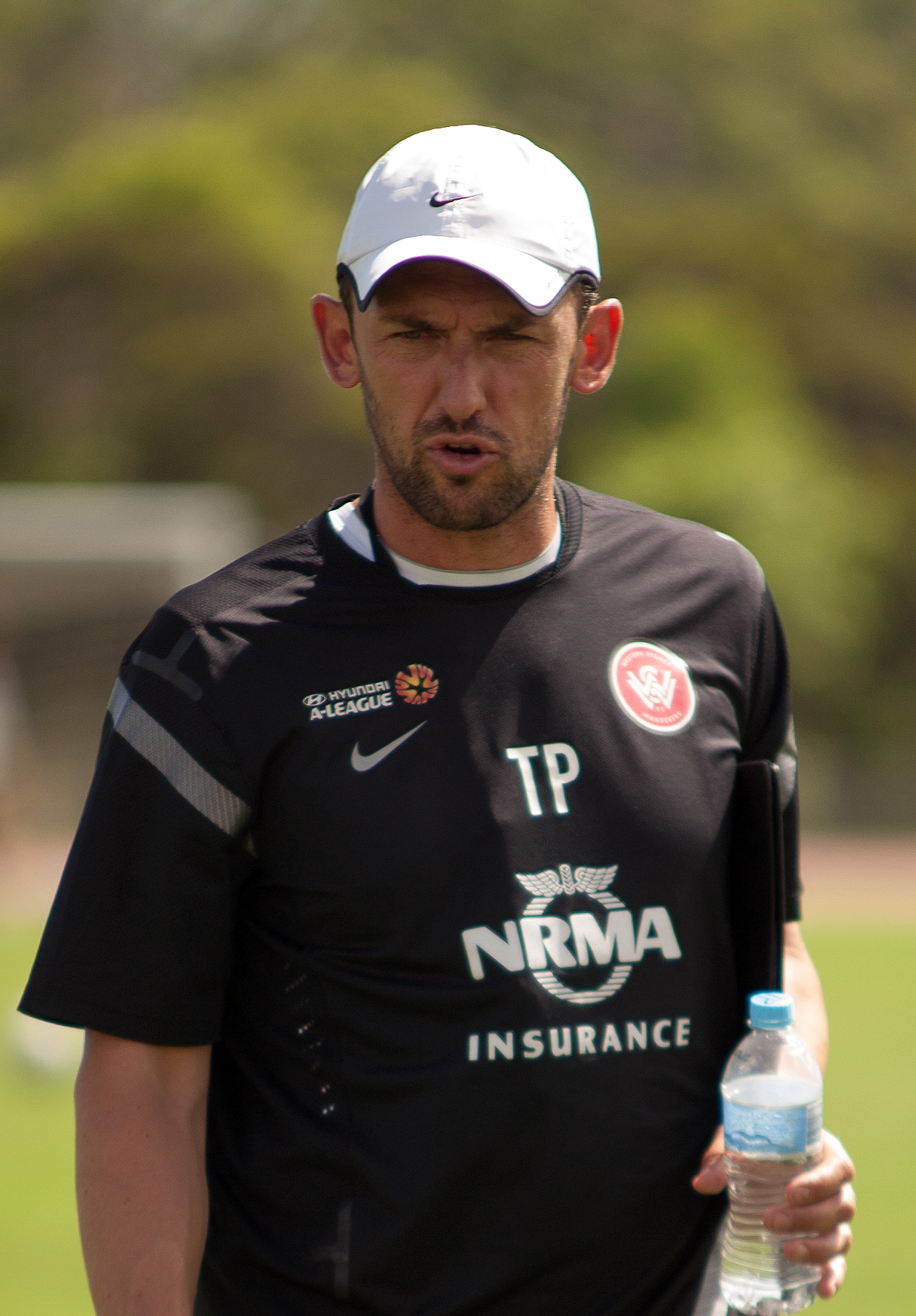 If you want to talk about a player who enjoyed significant domestic soccer success, Craig Moore is your man. He was born back in 1975, and his first professional move involved a direct signing for the high-profile Scottish club, Rangers. Here he won 3 League Cups, 4 Scottish Cups, and he was an integral part of the famous treble achieved by Rangers in the 02/03 season. It was at this time where Moore really perfected his craft of strong tackles and being calm under pressure. This ability was on display for the world to see when he hit home a critical penalty for the Socceroos in the 2006 World Cup to send Australia through to the last 16.

He actually enjoyed 50+ appearances for the Socceroos in his career, and he has been a captain of the team numerous times.

Compared to other defenders on this list, Wilkshire is one of the few that played most of his career overseas. At just 17 years old, he signed for Middlesborough in the English Premier League. Deciding this maybe wasn’t the best fit for his skills at the time, he made a move to Bristol City and played for the club over 100 times. From here, he made an interesting choice to go and play for Dynamo Moscow, a club that was tearing things up in the Russian League.

At the same time, Wilkshire was also a major part of the Australian international team, earning 80 caps over the course of his career. This saw him play in two consecutive World Cup tournaments, as well as the 2004 Olympics. For us, his consistency at the top of the game makes him one of the best Australian soccer defenders ever.

Keith is the oldest on this list, having been born back in 1944. Surprisingly, Keith was actually born in Scotland, not Australia, although he and his family moved out to Australia in the mid-1960s. He did play plenty of domestic soccer in Australia, however, which led to him representing the Socceroos 25 times during the late 1960s. At club level, Keith also turned quite a few heads, with the bulk of his career being spent at Melbourne Hakoah. And although there isn’t too much footage of Keith on the soccer field, mainly because it’s quite some time ago, he was well-known for his strength, intelligence, and incredible work ethic.

Finally, we have Charlie Yankos. At the domestic level, mainly for Heidelberg United, he is regarded as one of the best defenders ever. At this club, he put in more than 130 appearances, and at the same time, he was scouted by the international team too. During his 49 caps for the Socceroos, he was the captain 30 times, which tells you all you need to know about his leadership skills.

Finally – on top of being one of the best Australian defenders ever, he also had a formidable long-range shot!