In recent years, the quality of soccer being played by homegrown Australians has really picked up. But rather than looking at the best players of the current day, we’d like to take a trip down memory lane and investigate the best Australian soccer players of all time. You’ve no doubt got your own players in mind, but let us share with you our top picks for this honourable list. Just read on for all of the juicy details.

Harry Kewell is unquestionably one of the best there has ever been. He enjoyed incredible success with clubs such as Leeds United, Liverpool, and Galatasary in the past, although arguably, his glory days were played out at Leeds. He became a devastating winger during his time there, boasting a formidable pace down the touchline and being able to pass the ball with great accuracy. He was also fairly good at finding the back of the net, scoring 90 goals in his almost 20-year career.

Kewell has also represented Australia almost 60 times, and he actually earned the award of Australia’s greatest ever soccer player back in 2012. This in itself shows you that Kewell is one of the best Australian soccer players of all time, and perhaps even more impressively, Kewell was even nominated for the Ballon d’Or trophy in 2001. As many may already know, Harry Kewell also tried his hand at coaching, and although that may not have been the best stint of his professional career, it is certainly noteworthy.

If you’re searching for a man who is capable of scoring goals from any region of the pitch, Cahill is your guy. Not only is Cahill the all-time leading goalscorer for the Socceroos, with 50 goals, but he managed to break the duck and score Australia’s first-ever World Cup goal. Of course, Cahill played as a striker, primarily, but he did also take up attacking midfield roles at his respective domestic clubs. On that note, Cahill was an epic striker for clubs like Millwall and Everton, scoring more than 50 goals for each club. 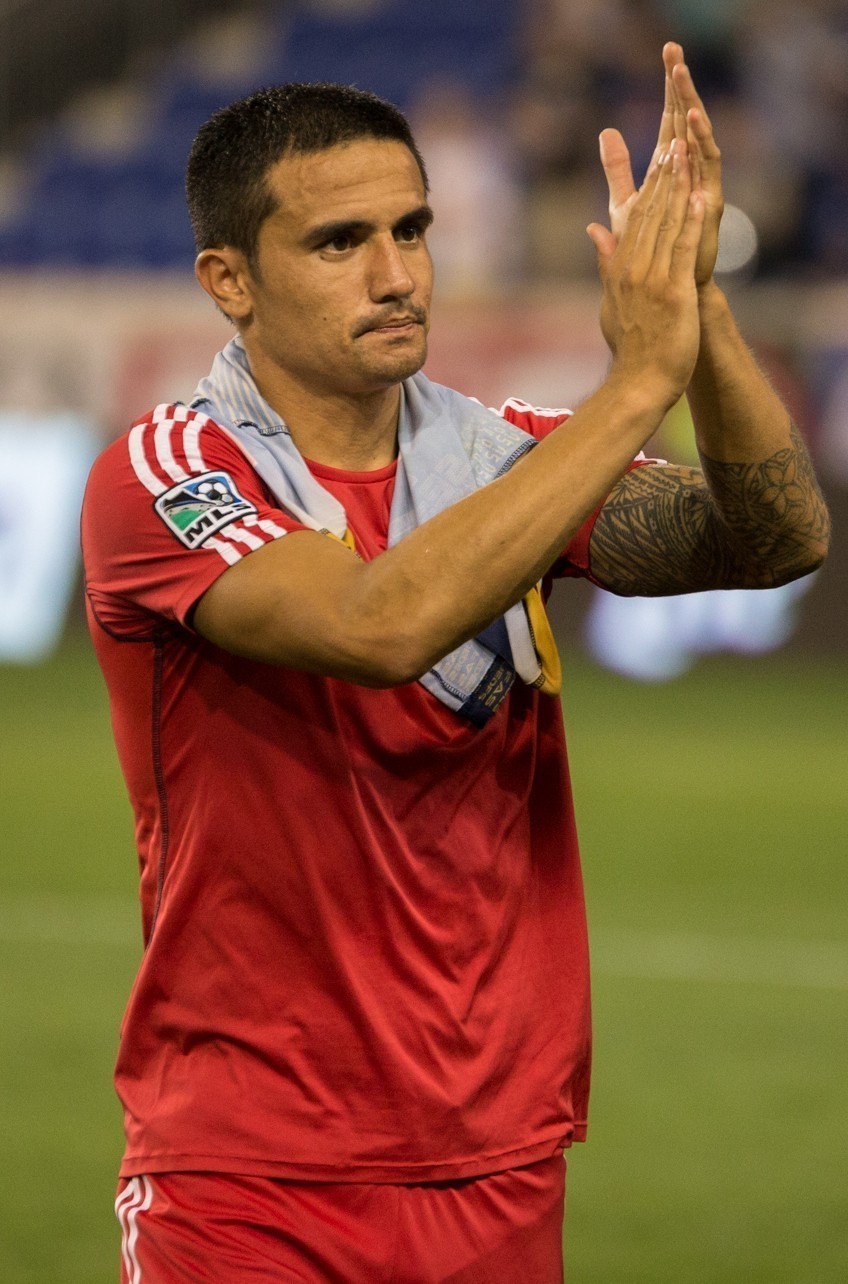 Most of his goals came from headers as it happens, which became a bit of a trademark for Tim Cahill during his glory days. He was active as a professional player for 21 years, eventually retiring in 2019, giving him one of the lengthiest careers and cementing his spot as one of the best Australian soccer players to have ever lived.

Not only is Schwarzer regarded as one of the best Australian soccer players ever, but he is strongly regarded as one of the Premier League’s best-ever goalkeepers. Schwarzer has played for multiple top-tier English clubs in his domestic career, including clubs like Chelsea and Leicester City, and he was actually part of the historical Leicester City team that won the Premier League in the 15/16 season. But while his domestic career was fairly solid, his international career is where all of his best accolades lie.

He has enjoyed the longest international career of all time for Australia, spanning more than 20 years from his first to his last game. He has held the most clean sheets of any other Australian goalkeeper on the international stage, retiring with 44 to his name. And finally, he is the most capped Australian player ever, with 109 appearances.

Like several other players on this list, Viduka enjoyed his glory days overseas, mainly in the English Premier League. For 9 years, he played for clubs such as Leeds United, Middlesbrough, and Newcastle United, and his total career goal count surpassed the 250 mark. Not impressive enough? Viduka also scored the most Champions League goals of any other Australian player! And as an international, he was the only Australian captain ever to have led the team through to the knockout stage.

Playing mainly as a centre forward, it’s obvious that Viduka had enough in his locker to transform a match while stimulating his team through great leadership skills at the same time. He is also an inductee into the Australian soccer Hall of Fame, and he even holds the ‘best of the best’ trophy, as issued by the Australian Institute of Sport. Not a bad career, right?

Johnny Warren was active as a player through the 60s and 70s mainly, playing solely for Australian-based clubs. This guy was so good that there are statues of him at several prestigious locations across Australia, and he’s also an MBE – mainly for his contributions towards promoting the sport of soccer in Australia, as well as his writing talents. And as you may know already, the Johnny Warren trophy for the best A-League player each season is named after him.

Clearly, Warren was a warrior both on and off the pitch, and he played for Australia over 40 times during his career. But despite the fact that Australians fondly refer to Warren as ‘Captain Socceroo’, he didn’t usually captain the team – this nickname has emerged purely from his legacy of encouraging Australians to get involved in soccer. Sadly, Warren passed away back in 2004, although he will always go down as one of the best Australian soccer players of all time.

Emerton’s career endured from 1996 to 2004, and during these years, he played for clubs like Feyenoord, Blackburn Rovers, and ultimately, Sydney FC. In total, he put on a professional jersey 490 times during his club career, which is fairly considerable, to say the least. He also represented Australia 95 times, scoring 20 goals in the process. Emerton primarily played as a winger, but his size and strength also allowed him to transition into a defensive role if required. But to be honest, his speed, skill, and creativity were the main skills that allowed him to stand out from the rest.

And in terms of personal accolades, Emerton was named as part of the A-League All Stars back in 2013, and he’s also been named as Oceania’s soccer player of the year in 2002. He could have kept his career going too if it wasn’t for constant back issues, which forced him out of the professional game in 2014. 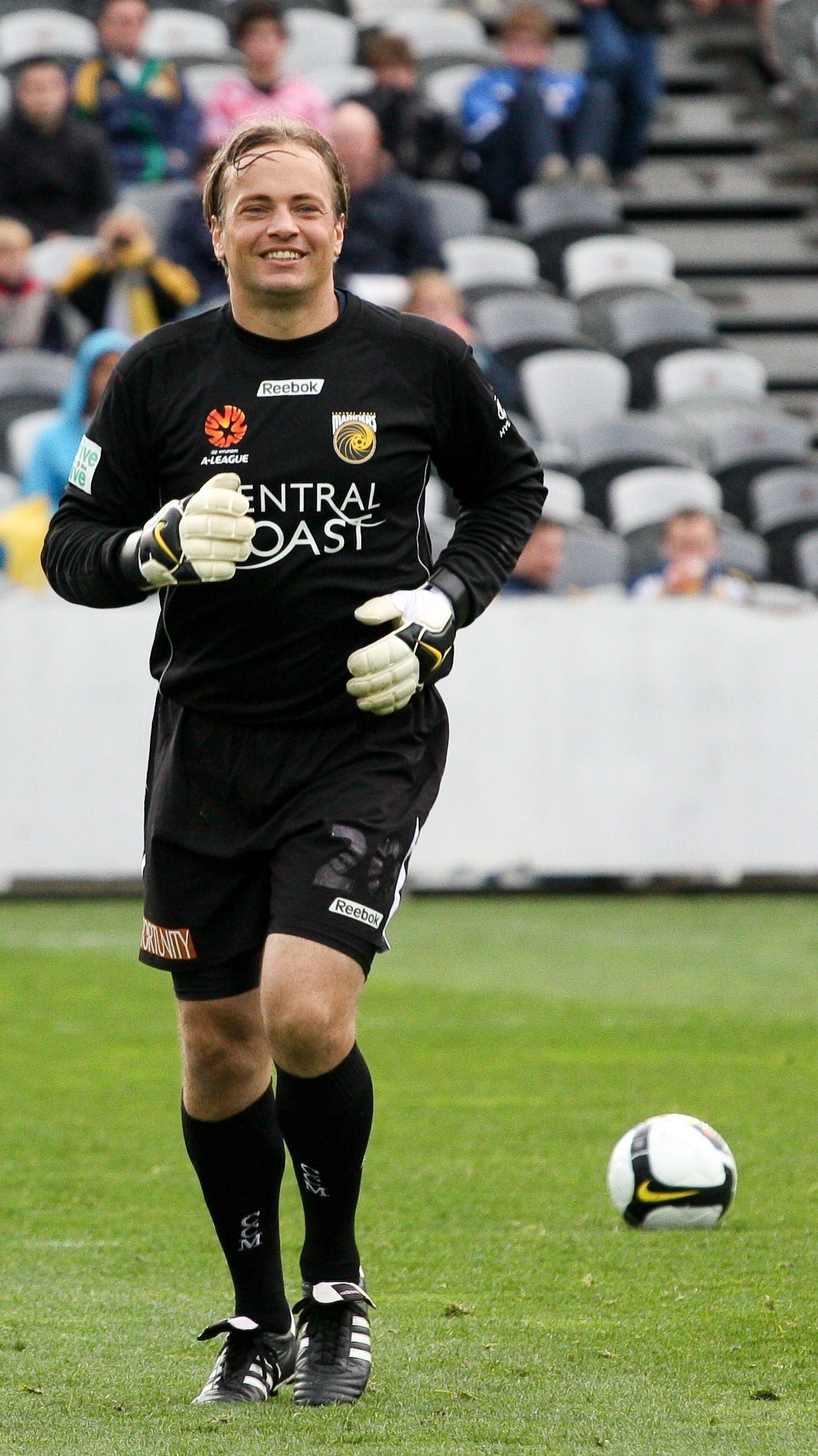 Finally, we come to Mark Bosnich. This guy is pretty much the next in line for best Australian goalkeeper of all time after Mark Schwarzer. Bosnich really was a panther between the posts, with great agility, an amazing ability to predict where the ball would be struck, and he had great composure too. These abilities saw him enjoy spells at clubs like Manchester United, Chelsea, and Aston Villa – where he put in 179 appearances in the early to late 90s. He was also a solid keeper for Australia during his day, representing the Socceroos 17 times during a 7-year spell of being involved with the first team.

Unfortunately for Bosnich, there was always Schwarzer above him, although this should not overshadow what he could do in goal. And if you are somewhat familiar with Bosnich, you may know about his famous exploits away from the field too. He’s been a bit of a bad boy in his time, which only heightens the legend of his playing career – yet he is still adored by fans all over the country, and deservedly so.