In this article, we will cover the Gold Cup final, which will be on the 2nd of August between USA and Mexico. We will give you the top betting picks and predictions for the event plus additional information you might find helpful.

After reviewing all the statistics and past performances of both teams we came up with the following three best betting picks for the upcoming CONCACAF Gold Cup final between USA and Mexico.

All of the betting lines are from the bookmaker BetMGM and before placing any bets make sure that the odds haven't been updated by the Sportsbook.

In the tables below, you can see the most important head-to-head data for the USA vs Mexico Gold Cup final.

Both Mexico and USA are some of the best teams in South and North America, so it's always interesting when they are playing against each other. The last season these teams played against each other in the CONCACAF Gold Cup was in 2019.

There are no injured or suspended players on both sides, so we will see which team is more prepared on Monday. While Mexico has a high chance to win, we think that this year it will be the USMNT. 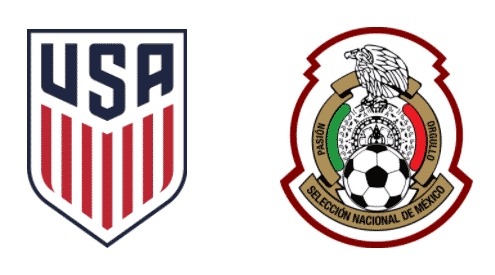 Important Questions for the USA vs Mexico Gold Cup Final