Toluca has had a fantastic start to the season so far and we predict a victory for the team against Tijuana that will undoubtedly be appreciated by the fans.

Toluca vs Tijuana: Amazing Predictions And Top Picks For This Game

Both clubs are performing above all expectations but it’s time for Tijuana’s run to come to a stop. The victory is up for grabs for Toluca:

Toluca was at the top of the table just a few days ago. The team is currently in 3rd place with 13 points while Tijuana is breathing down Toluca’s neck in 4th place with 10 points. There’s not much separating the two teams in the head-to-heads and we expect a very interesting game on the 7th of August. The last 10 games ended with five victories for Tijuana, four victories for Toluca, and only one draw.

The 2:0 victory for Toluca is the most common result that we’ve seen in the last 10 head-to-heads. Tijuana recently lost the game against Juarez by the same result. Toluca has been delightful this season and a 2:0 result shouldn’t raise any eyebrows. The team has the 2nd-best attacking statistics this season and with 10 goals scored in six games, it’s completely normal that we should expect the team to score twice against Tijuana. 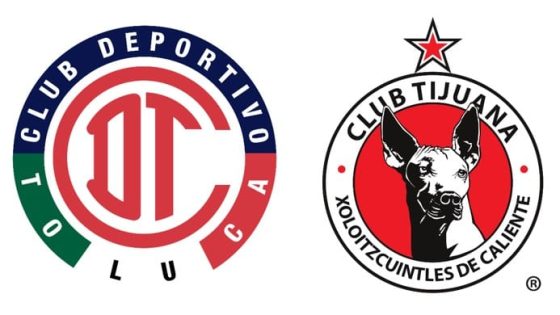 Squad Insight For Toluca vs Tijuana

The only player that will miss this game is called Sebastian Saucedo and he’s from the Toluca roster.

Leonardo Fernandez is Toluca’s top scorer with three goals. He also has three assists this season and will undoubtedly be in the starting 11 for this game. Jean Meneses has two assists and is also expected to make an appearance in this game.

Jair Diaz got booked three times this season and he should be more careful in the Toluca game as he is getting dangerously close to suspension. The same goes for Nicolas Diaz who also got three yellow cards.

Statistics And Key Betting Odds For Toluca vs Tijuana

Our soccer experts will help you make the best possible bet with these head-to-head and odds charts:

Toluca To Rally The Troops

This game could prove to be vital for Toluca’s entire season. Should the team get a comfortable result against its main rival for 3rd place, the team’s spirit would be sky-high for the rest of the Apertura. Coach Ignacio Ambriz has an amazing record against Tijuana and with 10 victories, one draw, and only five losses he will urge his players to play above all expectations in this game and get the victory they deserve. We believe this game will end with a 2:0 home victory.

Toluca vs Tijuana: Frequently Asked Questions About This Game: