This article is dedicated to the Toluca vs Guadalajara battle in Liga MX on the 4th of September. Let’s see what the experts have to say.

Toluca hasn’t won a game since the 15th of August when a victory against the struggling Cruz Azul team was recorded. Guadalajara has won the last three Liga MX games.

Toluca have been a fine team this season until the last few weeks. The team won only one point in the last three games while Guadalajara managed to pull ahead in the ranking and is now breathing down Toluca’s neck. Toluca won only one of the last 10 head-to-heads against Guadalajara as well. Meanwhile, Guadalajara won three games and six ended in draws. This should be a one-sided game with Guadalajara dictating the rules. 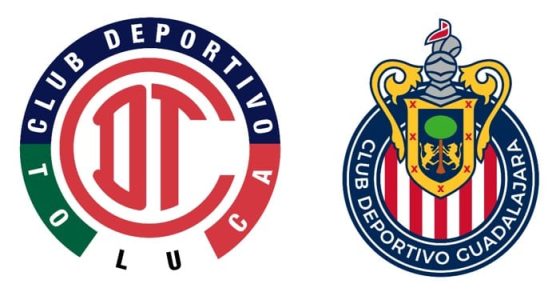 Squad insight for Toluca vs Guadalajara

The away team has some injury issues to deal with but it seems that coach Ricardo Cardena is doing a fine job without some of his key players.

Toluca will be able to count on Valber Huerta. He’s the top defender on his team with 15 interceptions and 10 tackles this season. The coach will also utilize Leonardo Fernandez who’s in 3rd place for the most crosses this season – 78.

Alexis Vega should be more careful with his timing to beat the offside trap. He was caught offside on eight occasions this season and only three players have been caught more times. He also made four assists this season. Ricardo Cardena won’t be able to use Jose Macias, Jesus Molina, and Antonio Brisenao as they are all injured.

You can make a great Toluca vs Guadalajara bet by simply using the head-to-head and odds information in our next few charts:

The home team had a great start to the season and was at the top of Apertura at one point but the recent misfortune dropped the players’ confidence down to zero. Guadalajara is on the rise and with three consecutive victories in Liga MX, coach Ricardo Cardena will be a man on a mission. A mission for three points against Toluca against whom Guadalajara have lost only one of the last 10 head-to-heads. Our soccer experts predict an easy 0:2 victory for Guadalajara.