Let’s review the game between these two old acquaintances.

Key Predictions For Monterrey vs Tijuana

Throughout the years they have given us a lot of entertainment. We believe they won’t disappoint on the 1st of May either.

We have a complete stalemate in the head-to-heads. With three victories with Monterrey, three victories for Tijuana, and four draws in the last 10 games, it is logical that our prediction for the game on the 1st of May is also a draw. Monterrey have undoubtedly performed better in the Clausura this season. The team is in the 8th position in the league and has 23 points in 16 games while Tijuana is performing more than poorly. The away team is in the 16th position in the league right now. The big issue here is that Monterrey is going to have to face Tijuana without two of the key players in the attack.

Monterrey is one of the best defensive teams in the league. The team has conceded only 17 goals in 16 games. A big hit for the team is the lack of focus in the attack. With only 19 goals in 16 games, you can’t challenge the top teams in Liga MX. Meanwhile, Tijuana has scored only three goals in the last five away games.

Squad Insight for Monterrey and Tijuana

The trouble is for the home side. The few but key injuries will force the coach’s hand to make difficult decisions.

Rogelio Funes Mori is Monterrey’s top scorer this season with seven goals but he is also injured and will miss this game. Another key play in the attack who is unavailable for the game against Tijuana is Duvan Vergara.

The entire squad is fit and ready for battle. Mauro Manotas has been a delight in the attack for Tijuana. He scored five goals from 66 shots. The coach likes to use Brayan Angulo the most. The defender has appeared in 30 games this season. 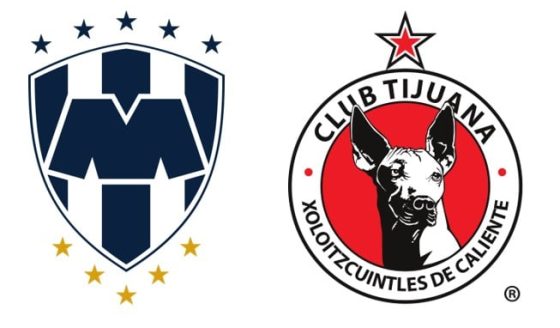 Interesting Odds and H2H Stats for the Monterrey vs Tijuana Game

If it is head-to-head and odds knowledge that you are searching for, please, go through our charts below:

A Draw Is Predicted

Monterrey are undoubtedly the more consistent performers of the two sides but with such major injury issues, we can’t predict a Monterrey victory. Without Duvan Vergara and Rogelio Funes Mori, Monterrey lost two of the last three games. The third game was a 0:0 draw against Atlas in which Celso Ortiz (another key player for the team) got a red card. He will miss the game against Tijuana as well so the chances for the away team continue to improve. We expect a bore draw.

FAQ About The Monterrey vs Tijuana Game: