Tijuana is the bookies’ favorite to win this game but Atletico San Luis has a few more cards to play.

The two teams have been performing very similarly in Liga MX this season and the H2H data indicates a draw:

The two teams exchanged goals on three occasions. The draw that we’ve had between them ended in four goals – 2:2. With the absence of Victor Guzman at the back for Tijuana, it is highly likely that the team might concede a goal on Thursday.

A few injury and suspension issues for the two teams might make the coaches reconsider a few things.

Victor Guzman’s reckless tackle in the game against Juarez earned him the red card so he will be unavailable for the game against Atletico San Luis. Lucas Rodriguez is Tijuana’s top scorer this season with four goals. It’s interesting to mention that he’s had 46 shots at target this season which makes him Tijuana’s main attacking threat.

Speaking of attacking threats, there’s no one quite like German Berterame. Atletico San Luis may be struggling this season but German is doing wonders in the attack. He has scored 11 goals so far and is tied for 2nd place in Liga MX’s top scorer ranking. 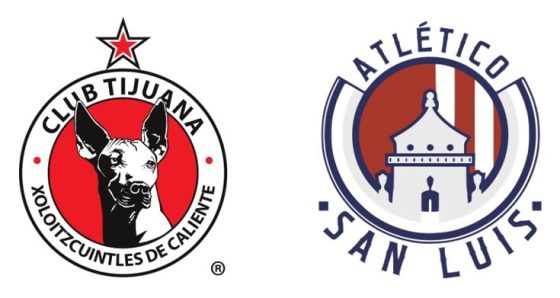 Below you will find the most interesting H2H statistics combined with odds for the upcoming game:

All Even At Caliente Stadium

The game at Caliente Stadium will be of big importance for both sides. Tijuana has a chance to get higher up the ladder and possibly even attack the top positions while Atletico San Luis is fighting for survival and needs points to do so. The bookies have Tijuana down as the favorite to win this clash but coach Andre Jardine will be counting on his star in the attack to make another show. We believe the 1:1 draw is the most likely outcome here.

Valuable Information For The Tijuana vs Atletico San Luis Clash: