Tigres UANL’s chances look good and we predict an easy victory for the home side in this very interesting fixture.

Tigres UANL vs Tijuana: Top Picks And Odds For This Monday’s Clash

It’s still too early to tell if Tigres UANL have had a good or bad start in Liga MX this season. But after the game against Tijuana on the 18th of July we will certainly say – “yes, Tigres UANL’s start was not too shabby”.

This is one of the easiest predictions we had to make this week. Eight of the last 10 games between Tigres UANL and Tijuana ended with Tigres UANL victories and two games ended in draws. Tijuana didn’t record a single victory. The last time Tijuana got the three points in this clash was on the 14th of February, 2016, when Tigres UANL lost with a 1:2 result.

Tijuana Will Not Score A Goal Against Tigres UANL

Tijuana didn’t score in the last visit at University Stadium and we believe they won’t score again. To make things even worse, Tijuana scored only four goals against Tigres UANL in the last 10 games! Tigres UANL is a true nightmare for Tijuana and it doesn’t seem like on the 18th of July we will see a different face from Tijuana. Tijuana couldn’t even score against last season’s Liga MX punching bag Juarez. 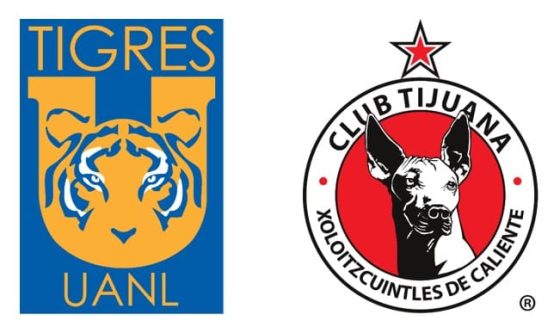 There are no injuries on either team.

Yairo Moreno is expected to be in the starting 11 for this game. He is currently in a good mood after assisting a goal to his teammates recently. Sebastian Cordova will not make an appearance in this game as he got a red card in the last game.

Lucas Rodriguez was sent-off after a late challenge in the game against Juarez so he is unavailable for the Tigres UANL battle. Jonathan Orozco conceded two goals in the last fixture. He will be in the starting 11 but we don’t think his confidence will be up for the challenge.

Check out our charts below. They will help you make the best possible bet:

Tijuana will have to wait a bit more for their first victory against Tigres UANL since the 14th of February, 2016. Tigres UANL look too good to ignore and the bookies have Miguel Herrera’s team down as the big favorite to win this game. The coach himself has faced Tijuana on 15 occasions and we can safely say that he knows how to get the most from this clash. He has a record of eight victories, five draws, and only two losses. We expect nothing but a victory for the home team in this game.

Essential Questions For Tigres UANL vs Tijuana On The 18th Of July: