In this article, we will be reviewing the Mazatlan vs Tigres UANL game on the 9th of July.

Mazatlan vs Tigres UANL: The Best Betting Lines & Predictions For This Game

If last season is any indication, then we completely expect Tigres UANL to destroy Mazatlan this week:

Mazatlan is a new team in Liga MX with very little experience. Yes, the first two games against Mazatlan didn’t go according to plan for Tigres UANL but the last two were more than pleasant for the Tigres UANL fans. Tigres UANL defeated this opponent with a 4:3 and a 3:0 result and we will most likely see more of the same from this game on the 9th of July. Tigres UANL was one of the best teams last season in Liga MX while Mazatlan was more than a disappointment.

Over 2.5 Goals On Mazatlan vs Tigres UANL

We have only ever seen one game between these two teams that ended with two or fewer goals. This was the first game between them on the 29th of August, 2020. The game ended with a 1:1 result that could’ve easily been different. After that, all we’ve seen from these two teams is goals, goals, and more goals. The last game between them had a total of seven goals! Tigres UANL has one of the strongest attacking partnerships in the league and it’s unlikely that this struggling Mazatlan defense will be able to stop them.

There’s only one injury for this game and it’s in the away team’s squad.

Nicolas Vikonis will not remember the last game against Tigres UANL fondly. He conceded four goals which were a record-low for him this season. The team captain Nestor Vidrio didn’t help much as he made a crucial mistake for one of Tigres UANL’s goals in that game.

Tigres UANL increased their attacking strength by singing CSKA-Sofia’s striker Jordy Caicedo but he will be unavailable for this second game for Tigres UANL in Liga MX. The goal-scoring duties will be fulfilled by the veteran striker and Tigres UANL’s top scorer last season Andre-Pierre Gignac. 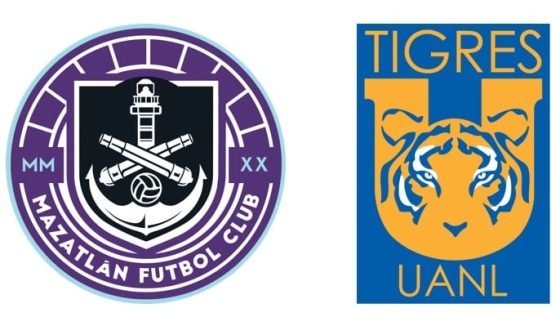 Top Odds & Statistics For The Mazatlan vs Tigres UANL Game

Check out our charts as they will help you make the best possible bet on the Mazatlan vs Tigres UANL game:

Tigres UANL was so close to winning the Clausura last season. Only five points separated the team from Pachuca and it was only the poor run of games at the end that perhaps cost them the triumph. Now, Tigres UANL didn’t start the Apertura great and lost with a 2:3 result to Cruz Azul but the truth is that this result is misleading. Tigres UANL completely outplayed their rivals and the result should’ve been way different. We believe that the team will correct this error with a comfortable result against Mazatlan on the 9th of July.

Essential Questions And Answers For Mazatlan vs Tigres UANL: