Santos Laguna will try to capitalize on Queretaro’s recent misfortune and it will be interesting to see if the away team has anything to say about that.

Queretaro doesn’t have what it takes to get the three points from this clash and a draw is the most they can achieve.

The last 10 head-to-heads tell us that Santos Laguna feels very comfortable against this opponent. Eight victories and only two losses against Queretaro. Santos Laguna has nine consecutive victories at The Estadio Corona against Queretaro. The last time Queretaro gained anything at this stadium was on the 4th of March, 2015 when a 2:2 draw was recorded. Queretaro is in terrible form as well right now. The team is in the 16th position in the Clausura and has three losses, one draw, and only one victory in the last five league games.

Seven of the last 10 games between Santos Laguna and Queretaro resulted in three or more goals being scored. In the last two games, we had a total of 10 goals! With a defense as poor as Queretaro’s we fully expect the team to concede a lot of goals against Santos Laguna – the same way as it happened in the last clash when Santos Laguna won with a 2:3 result.

The minor injury on the home side won’t matter much.

Ayrton Preciado is injured and will miss this game. Fernando Gorriaran is Santos Laguna’s top scorer this season. He scored a total of six goals from his 36 shots at target.

Washington Aguerre has now conceded at least one goal in the last seven league games and is expected to perform poorly against Santos Laguna. Angel Sepulveda is the top scorer for the team with five goals. 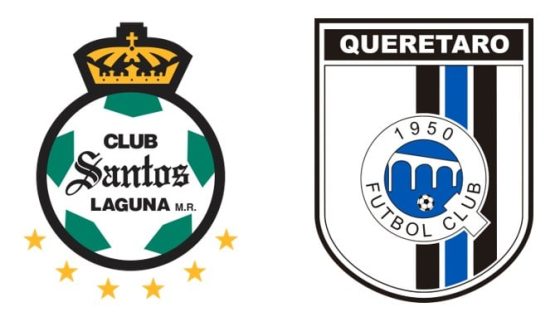 Odds and Stats for the Santos Laguna vs Queretaro Game

Here is what we have compiled for you:

A victory for Santos Laguna could climb the team all the way to the 8th position in the Clausura if everything goes well in the remaining games. Queretaro has five draws and three losses in the last eight away games and it is highly unlikely that the team will be able to break the Estadio Corona curse on Sunday. Our soccer experts predict a 2:1 victory for Santos Laguna.

Some Of The Most Important Questions And Answers For Santos Laguna vs Queretaro: