We are sorry Santos Laguna fans. We just can’t justify a victory prediction for your team against this exceptional Pachuca team.

Santos Laguna vs Pachuca: Our Best Predictions & Odds For The Game

Not only is Pachuca’s form amazing, but the team also hasn’t lost a game against Santos Laguna since the 10th of April, 2016.

This clash is notorious for its lack of goals. On eight occasions in the last ten head-to-heads, we’ve had two or fewer goals being scored. Pachuca has the best defense in the Clausura and has allowed only eight goals in 10 games while Santos Laguna’s last home game was a clean sheet against Tijuana.

Coach Eduardo Fentanes will have to find a solution to a major injury issue.

Ayrton Preciado was doing very well this season but his Tibia Fracture makes him unavailable for the game against Pachuca. Carlos Acevedo had a clean sheet against Tijuana. Will he achieve that against Pachuca as well? Probably not, but he will certainly make things difficult for the Pachuca’s attackers.

Erick Sanchez has been exceptional in terms of creativity this season. He provided six assists for his teammates. Aviles Hurtado is currently the 4th most booked player in the league and he has to be very careful as another yellow card will take him out of the major game against Tigres UANL. 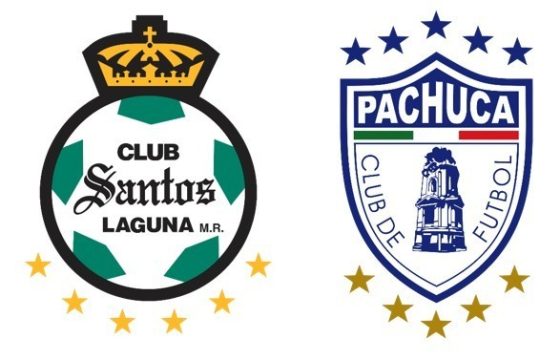 Below are all the H2H stats and odds info you’ll need:

Pachuca must get the 3 points in this game as the following one could determine the outcome of the Clausura. Pachuca will face Tigres UANL on the 8th of April and the difference in points is way too fragile for Pachuca to squander points against opponents who are considered comfortable like Santos Laguna. Our soccer experts predict a narrow 0:1 away victory for Pachuca in this clash.

Frequently Asked Questions For The Santos Laguna vs Pachuca Game: