Santos Laguna will be facing Club America on the 13th of February, and today, we will be reviewing the match and recommending the best predictions for it. If you want to see more Liga MX odds and picks, you can check out our website.

Our experts went through the data and came up with the most likely outcomes for the Santos Laguna vs Club America in a few days. Keep in mind that the odds here are from BetMGM and they are correct at the time of writing. Also, check your bet slip before continuing because they are subject to change.

Four of the last five matches played between Club America and Santos Laguna ended with both teams scoring goals. That and the fact that both teams have let enough goals pass in the several fixtures they already played in the Clausura leads us to believe that there will be a BTTS situation during the fixture.

Information and Lineups for Santos Laguna vs Club America

Let's check out if any injuries or suspensions will hinder the selection process for the game's lineups.

Santos Laguna won't be playing with a full squad because they currently have two injured players with unknown return dates – Leo Suárez and Ayrton Preciado.

There is one injury on Club America's team right now – Pedro Aquino. Also, two of their platers are suspended due to a red card suspension – Federico Viñas and Miguel Layun.

Below, you can check out the most recent statistics and scores for the upcoming Santos Laguna vs Club America fixture.

Our Final Review of the Match Between Santos Laguna & Club America

Club America is definitely our favorite for this match despite the different missing layers due to various reasons. Santos Laguna just doesn't have a consistent win rate against Club America especially in the most recent games and their recent form is quite bad compared to other Liga MX teams. 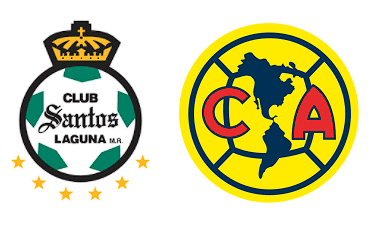