The battle of the underdogs in Liga MX is upon us and with it, great opportunities for the betting man.

We’ve seen quite a lot from the Tijuana vs Queretaro rivalry over the years so we feel comfortable with our prediction for Monday.

Three of the last 10 head-to-heads between Tijuana and Queretaro ended in a 1:1 draw. Betting on a 1:1 Tijuana vs Queretaro draw might seem risky but the odds are too good to ignore. Two of those 1:1 draws came when Tijuana was the home side. The team will host the game against Queretaro on Monday again and the odds of the result being 1:1 are high despite what the bookies tell you.

Odds For Goals Are Low

With the 1:1 draw being the most common result from the last 10 head-to-heads, we can’t make a prediction based on a high-productive in terms of goals game. A total of six games in the last 10 ended with only two or fewer goals being scored and considering how poorly Tijuana and Queretaro have been performing in the attack this season, we are certain this game won’t be too entertaining for the fans who are looking for goals.

Team Insight for Tijuana vs Queretaro

Both coaches will be able to count on their best 11 players for this game.

Brayan Angulo is Tijuana’s key player this season. He has played a total of 2,549 minutes this season and will be looking to further increase those numbers on Monday. Mauro Manotas is the focal point of Tijuana’s attacks this season with 61 shots and four goals to his name.

The main man for Queretaro is the goalkeeper Washington Aguerre. He started in 29 games and played 2,604 minutes this season. Angel Sepulveda is doing his best in the attack and managed to score five goals this season. 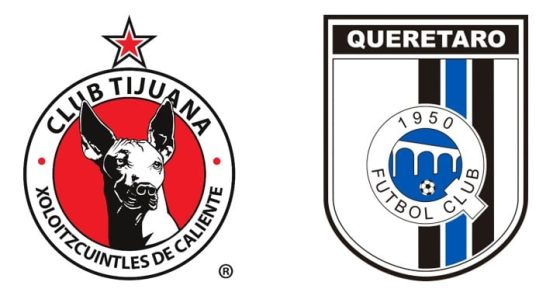 Top Odds and H2H Stats for the Tijuana vs Queretaro Clash

Here are the most important H2H stats and the best odds for Tijuana vs Queretaro:

Tijuana vs Queretaro – A Strategic Draw

The 1:1 draw is the most common thing we’ve seen from these two teams in the last 10 head-to-heads. Club Tijuana recently had a 1:1 draw – in the game against Atletico San Luis. The last game for the team came very close to that result as well as it ended with a 2:1 Guadalajara victory. Queretaro’s results are even closer – two of the last four games ended in a 1:1 draw. We believe the result from this clash will be a 1:1 draw as well.

The Most Important Questions And Answers For Tijuana vs Queretaro: