A game that promises amazing picks and odds. The Queretaro vs Monterrey clash has it all. Check what the experts think of this game in the article below.

Queretaro vs Monterrey: Free Predictions and Betting Lines For This Game

Monterrey defied all odds in the last fixture and managed to grab a priceless victory against Atletico San Luis. Now the team will go all-out for the three points in what is expected to be an easy victory for them against Queretaro:

This is what the statistics tell us. In the last 10 head-to-heads Queretaro didn’t do so well and managed to get the victory only three times while Monterrey emerged victorious on six occasions. Only one game ended in a draw. Monterrey has had a fantastic start so far, and with two victories and a loss in the first three games, a 3rd consecutive victory is exactly what coach Victor Vucetich will want from his boys. Queretaro has only one point and it was won in the game against last season’s punching bag Juarez.

If you are searching for amazing odds for your bets then probably the correct score in this game is what you’ll want to try out. The 2:1 victory is the most common outcome in this rivalry in the last 10 games. A total of six games ended with that result! Four of those six games were won by Monterrey. Yes, Queretaro is very poor since the start of the season but Monterrey isn’t too productive in the attack so it’s very likely for this prediction to become a success and Monterrey to grab another narrow victory.

Squad Insight For Queretaro vs Monterrey

Only the away team will be burdened by injured players.

Jordan Silva scored the only goal for Queretaro this season. He did this in the 13th minute of the game against Juarez and he will undoubtedly be in the starting 11 for the game against Monterrey. Washington Aguerre will make an appearance as well but after conceding five goals in three games we doubt his ability to make the difference.

Esteban Andrada is still injured and will miss another game for Monterrey. Joao Rojas isn’t expected to be in the starting 11 as well as we think he isn’t going to return to full fitness any time soon after his cruciate ligament injury. 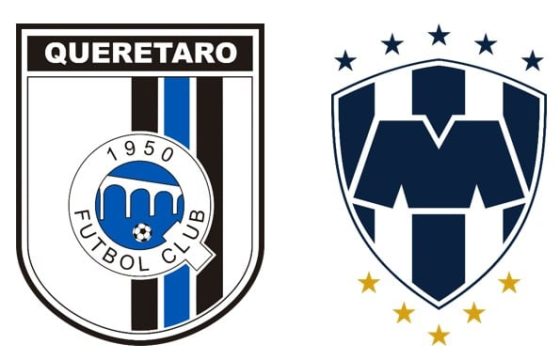 Top Statistics And Odds For Queretaro Vs Monterrey

Here are the top statistics and odds for this very interesting Queretaro vs Monterrey game:

Queretaro is the worst-performing team in Liga MX right now with only one point and one goal scored in three games. Yes, the game against Necaxa ended with a 1:2 loss but no Queretaro player scored the goal for the team. It came as an own goal from Milton Jimenez from Necaxa. There’s no way that Queretaro will emerge from the ashes in the game against a team that could be considered a nightmare for them. Monterrey will win with a narrow 1:2 at Corregidora Stadium.

Key Questions About The Queretaro vs Monterrey Game On the 22nd of July: