We are expecting an easy victory for Cruz Azul but does Queretaro have anything to say about that? Let’s review the upcoming game between these two teams.

Queretaro has been a bitter disappointment this season. The team was in the 17th position in the Apertura and is now ranked 16th.

Cruz Azul won five of the last 10 head-to-heads against Queretaro. Two games finished in draws and Queretaro got the three points on three occasions. The last two games between these teams both resulted in Cruz Azul victories. Queretaro has been disappointing this season and has three consecutive losses in Liga MX before the game with Cruz Azul while Cruz Azul themselves have one victory, two draws, and two losses in the last five league games.

Queretaro will not score against Cruz Azul. The home team has one of the weakest attacking forces in the Clausura with only 12 goals scored in 14 games so far. Meanwhile, Cruz Azul has a very strong defense – only 16 goals conceded in the last 14 matches in Liga MX. Queretaro scored only once in the last 180 minutes against Cruz Azul and we don’t expect the away team to have issues in this game.

Squad News for The Game Between Queretaro and Cruz Azul

All players are fit for this game.

Washington Aguerre was the starting keeper in the last eight games in Liga MX but he conceded at least one goal in each of those games. Felix Torres scored an own goal in the last game against Santos Laguna and will likely enter the Cruz Azul clash with a lack of confidence.

Juan Escobar’s lack of discipline is concerning. He now has 12 yellow cards and if he continues like this in the game against Queretaro it could cost the team more points. Santiago Gimenez has seven goals this season and is expected to be in the starting 11 for this game. 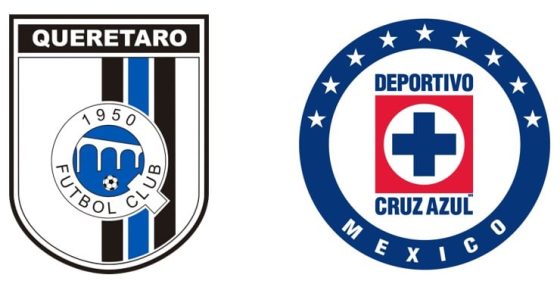 Head-to-head statistics and Odds For The Upcoming Game

Check out what our graphics have to say:

Cruz Azul have had some issues playing at Corregidora Stadium in the past but hopefully, those troubles won’t haunt Juan Reynoso’s boys on Friday. Queretaro’s victories came two years ago, back when Queretaro was in a lot better shape than what we are seeing from the team right now. And even then – the last victory was a narrow 1:0 that the Queretaro fans should feel lucky to have gotten.