Queretaro get their new Liga MX campaign up and started by welcoming the most successful club in the competitions history. Who will make a winning start? Find out with our Queretaro vs Club America Prediction match preview with free tips, predictions and odds mentioned along the way.

The best picks for Queretaro vs Club America

A look to the standings from last season will show that these two had somewhat different fortunes with Club America one of the better sides and Queretaro, well, not. That looks like a trend that might spill into the coming campaign too. Queretaro have played three friendlies with three different results – one win, one draw and a loss – whilst Club America have won all of their warm up games. We expect Club America to start with a bang here too.

A game without loads of goals

Our first prediction backs Club America to win but we don't think they'll be coming out on top of a goal filled thriller. They've won their three pre-season games with all of them coming in under the 2.5 mark whilst Queretaro's home form has hardly been chock full of goals. Two of their last five games at home have gone over 2.5 goals but their game average in that time is just 1.8 goals.

The last of our tips is in the correct score market. Sure, they're tough predictions to nail down but the rewards can be mighty pleasing on the wallet. 2-0 to Club America is a result that looks to offer value. In their three pre-season matches they've recorded three clean sheets (they've won all their games 1-0), which means Queretaro will have a job finding their way through. The reason we're suggesting they'll bag two goals themselves is because that's the number of goals they've netted in four of the last five head to head matches.

Queretaro vs Club America: Check out the latest stats

A tough beginning for Queretaro

Queretaro have just one win in their last five games and are winless in back to back matches heading into the season opener. That doesn't mean that they'll offer nothing in the match though. True, they've had a fair bit of player turnaround but Kevin Ramirez is often a threat and new man David Cabrera arrives with decent pedigree from Necaxa. For Club America, their message will be clear – carry on doing what you're doing. They sit on four consecutive wins now if you go back to late last season. They have plenty of talent in their ranks that can win this match for them but a more interesting watch could be Fernando Madrigal; he's just joined after leaving Queretaro on a free transfer. 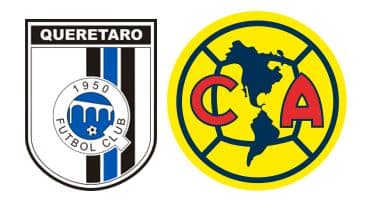