Queretaro is at the bottom of the table in Liga MX right now. Things aren’t looking good for the team and we predict Atletico San Luis will make life hell for them.

Queretaro has been performing slightly better in the head-to-heads than Atletico San Luis but this won’t mean a thing in Friday’s Liga MX game.

Queretaro is at the bottom of the table in Liga MX. The performances are dreadful and so are the results. The team has yet to achieve a victory in the tournament and we believe that Queretaro will have to wait a while more to get it. Queretaro and Atletico San Luis have played six games against each other. It’s true that Queretaro has a slight advantage – three victories for Queretaro, two for Atletico San Luis, and one draw, but with such a horrible momentum, we can’t see them being a favorite for this game.

Only in two of the six games that have been played so far did one of the teams not score a single goal. The teams like to attack each other and the most common result of the games between Queretaro and Atletico San Luis is the 2:1 victory. Seeing at the data we see that most often the two teams score in the 30:01 – halftime interval. A total of 33.3% of all Queretaro goals this season were scored in that 15-minute interval while Atletico San Luis’ goals in that interval are at 25%. 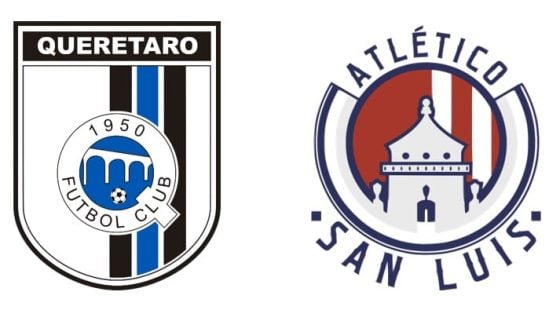 There are a few players who have been performing above all expectations here.

Gabriel Rojas has two assists to his name so far this season. He is Queretaro’s main attacking threat and he is expected to be in the starting 11 for this game. Enzo Martinez is one yellow card away from being suspended as he was previously booked four times.

Javier Gumenez has also been booked four times and is expected to be slightly more careful in the game against Queretaro in which he will undoubtedly be a starter. Marcelo Barovero has been a delight. Atletico San Luis’ goalkeeper has conceded only two goals in the last six Liga MX games.

Betting odds for Queretaro vs Atletico San Luis and head-to-head statistics can be located in our next chart:

Atletico San Luis has conceded only two goals in the past six games. Sure, the team also doesn’t score that often but when you have such good defensive statistics, you aren’t exactly expected to lose against the team that is dead last. Queretaro hasn’t won a game the whole season and the team continues with the same poor display as last season. We expect an easy victory for Atletico San Luis this Friday and three points in the bank before the Pumas UNAM home game.

Top Questions And Answers For Queretaro vs Atletico San Luis: