And here we have it – the most interesting clash of the gameweek. Pumas UNAM and Monterrey will provide not only 90 minutes of great soccer entertainment but also some amazing betting opportunities.

The two teams are amongst the greatest in Liga MX. Equally good, they very rarely surprise each other:

Draw Between Pumas UNAM and Monterrey

Monterrey’s season is going great so far. The team lost the first game of the season but after the first five, Monterrey is at the top of the table with 12 points – same as Toluca and Tigres UANL. Pumas UNAM didn’t exactly start that convincingly and after the first four games, the team had only six points. Three of those four games were draws so it’s very likely that the game against Monterrey might be a draw again.

Under 2.5 Goals At Pumas UNAM vs Monterrey

The two teams are equally good. Just look at the head-to-heads. The most common results that you will see are the narrow 1:0 victory or the 1:1 draw. We believe that the under 2.5 goals prediction is probably one of the safest for this gameweek as nine of the last 10 games between Pumas UNAM and Monterrey ended with two or fewer goals being scored. 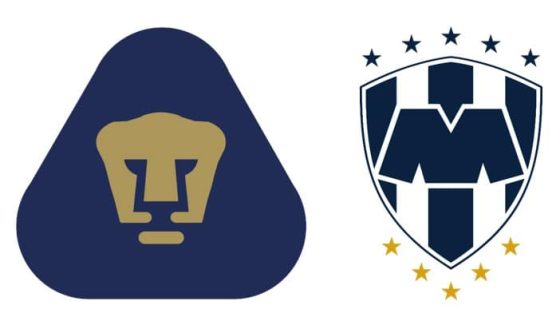 There are a lot of issues for both managers to deal with.

Arturo Ortiz’s injury seems to be more serious. He will miss the game against Monterrey as well. Adrian Aldrete will also miss this game as he received a red card in the game against Pachuca a few days ago.

Esteban Andrada is injured and will miss this game but that’s ok. Luis Cardenas is doing an amazing job replacing Esteban Andrada as he has three consecutive clean sheets. We expect Rogelio Funes Mori to lead the attack for Monterrey in this game. He already scored four goals and will be looking to increase his numbers.

Don’t miss the opportunity to familiarize yourself with the most recent Pumas UNAM and Monterrey performances:

The only other team with four consecutive victories in Liga MX this season is Tigres UANL so we have to give credit where credit is due – Monterrey is performing great. But it’s time for this amazing run to come to an end. Pumas UNAM is a solid home team and it’s been so long since Monterrey last defeated Pumas UNAM at Estadio Olimpico Universitario. We believe this one will go down as a 0:0 or a 1:1 draw.

Pumas UNAM vs Monterrey: Major Questions Ahead Of This Game: