Will Puebla continue the great display from the last season or will Santos Laguna put a spoke in Puebla’s wheel?

Our Top Predictions For This Puebla vs Santos Laguna Game

We believe that the two teams are quite equal. Perhaps the most likely outcome of this clash will be a draw with not too many goals for the fans to cheer on.

No Winners At Puebla vs Santos Laguna

Santos Laguna’s last season certainly wasn’t a great one that’s for sure. The team finished in 14th place in the Clausura but the opening part of the season was very nice. The 5th position in the Apertura means that both Puebla and Santos Laguna had the same amount of points at that stage of the season. Furthermore, the most common result of the last 10 head-to-heads is the draw. A total of five of the last 10 games ended in draws.

Six of the last 10 head-to-heads between Puebla and Santos Laguna ended with two or fewer goals being scored. The most common results we see are the 1:1 draw and the 1:0 victory so chances are we aren’t going to enjoy this clash all that much. Puebla had one of Clausura’s best defenses last season and managed to concede only 19 goals in 17 games. It’s unlikely that the home team will concede more than one goal in this game.

There are some issues in the Santos Laguna squad for this game.

Israel Reyes, Fernando Aristeguieta, Martin Barragan, and Amaury Gabriel Escoto Ruiz all scored goals in the opening game in Liga MX this season against Mazatlan. They will most likely all start in the game against Santos Laguna and we expect good things from them.

The penalties helped Santos Laguna a lot against Monterrey in their first game and it was Brian Lozano and Fernando Gorriaran that scored. We hope that Ayrton Preciado’s injury will not hinder Santos Laguna’s attacking performance too much in this game. 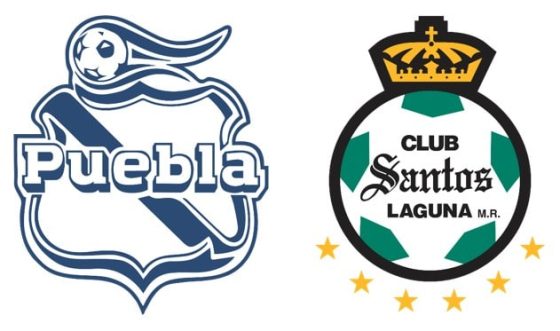 Head-To-Head Statistics And Odds For Puebla vs Santos Laguna

The H2H stats and odds are located below:

Puebla seems to be one step ahead of their opponent for this game. Puebla had a better Clausura last season and they don’t have injury difficulties ahead of this clash while Santos Laguna’s key left-winger will miss this game. But Santos Laguna is a team that feels very comfortable playing against Puebla. With only one victory in the last 10 games, it’s unlikely that Puebla will manage to win against Santos Laguna that easily. We predict another 1:1 draw.